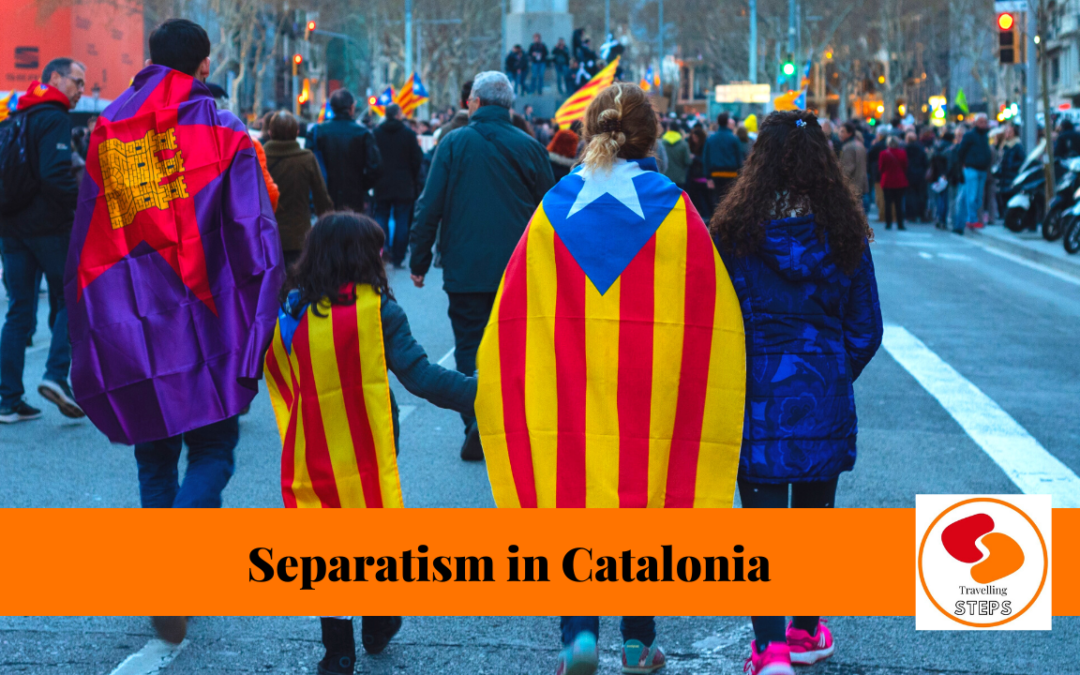 My intention with this journal is to share my love for Spain and its culture. I always approach my articles from a non-judgmental point of view, but on this one, I know I am not going to be neutral. So please do not keep on reading if you are looking for just facts, this is my point of view regarding separatism, and of course there is a different point of view.

Recently I have been asked many times about the Catalonian separatist situation. Are they really leaving Spain? What will this mean to Catalunya? And most important, what will it mean to Spain and Europe?

Let´s put this in perspective

Let’s start with history. You need to understand that Spain became a Country with the Catholic Kings in 1521. Before that time, we have had many different invasions and we had many different Kingdoms. We had seen the independent kingdoms of Castilla, Aragon, Valencia, Navarra (where I come from) …. But what about the Kingdom of Catalunya? has it ever existed? The answer is NO. They have always been part of the Kingdom of Aragon (on their west) or the Kingdom of Valencia (at their south). Today the separatist (about a 50% of the population in Catalunya) say that for historical reasons they should be out of Spain. Personally, I don´t see where this idea comes from. So, what do they really want? To me, it is very simple. It is all about the MONEY.

You may wonder what on earth this means!!

The problem started after Franco´s death in 1975. Once democracy came to Spain, each region started to ask for their historical privileges. Although Catalunya has no historical privileges, they have something much more important in democratic times, and that is a very large voting population. Votes that every central government needed to be proclaimed president of Spain. Both the liberals and the conservatives gave all what Catalunya demanded to get those extremally valuable votes.

It was not just the money what Catalunya asked for. The most interesting thing they demanded, was the freedom to rule their educational system. What a great way to indoctrinate the next generations. In Catalonian schools’, history was taught about the independent kingdom of Catalunya. In geography class, it was taught that Catalonia was a separate country between Spain and France, and not as a state inside Spain.

That was a big, very big mistake.

Now those kids who learned in school that distorted version of history are 40+, they can vote, and they only believe what they were taught as kids.

What about the money issue?

Catalonian separatists assure that their region pays more taxes than the rest of Spain, and they get less from the central government. Once again, this is not true. Taxes are dictated by central government in EUROPE, and we all pay the same. The truth is that to buy those decisive votes, Spanish governments (conservative and liberal) have given million of Euros to Catalunya.

Show me the money!

The way that money was given to Catalonia was done in two ways. The first one comes from what we call “Reserved Funds” it is money that the Spanish government can administrate but is not required to explain where it goes. I know this might sound strange to you, but let’s face it, I don´t know where you are reading from, but all the countries in the world have one of this.

The second way money was sent to Catalunya was via the European loans. These loans are given by the central government in Brussels, and they must be used to improve communications. With that money, Catalunya’s roads were improved, a high-speed train now connects Barcelona to Madrid and another one connects Barcelona with Paris….

Where is that money now?

Most of that the money that was given via Reserved Funds we are finding out that it is well secured in bank accounts opened by Catalonian politicians in Switzerland, Cayman Islands, Panama, or Andorra. Some of the most important tax evasion countries in the world.

Regarding the European loans, I am afraid that the separatists never realized that a loan, must be paid back….

Now that the COVID crisis has arrived, and big holes have been done in the economy of every country, Europe is saying: “Hello!! We need that money back”.

Catalunya now has a very big debt with Spain and Europe. We are talking about thousands of millions. Of course, Catalonian politicians deny it. They blame Spain, and our taxing system. They are calling for independency so they will not have to pay back all the money they owe.

Is it safe to visit Barcelona?

Now there is all this tension on the streets. The major international companies are running away from Catalunya and are settling their headquarters in Madrid. Even the big Catalonian companies are running away. So, Catalonia’s economy is going down. To top all of this, tourism (which is their first economical motor) stopped during COVID, and now although it is starting, it is not going as well as expected.

About tourism, people are asking me if it is safe to go to Barcelona. The answer is YES. Of course you will find some demostrations, but it is part of our Spanish DNA, so have a sit and watch them, 99% of the times there is no violence and you get to learn about this topic.  I believe it is one of the most interesting moments to discover Catalonia. Prices of hotels and touristic attractions are a bit cheaper than before COVID. If you are planning to come to Spain, don´t miss Barcelona, it is as beautiful and even more vibrant as it has always been.

OMG! I have just realized that I have not answered the first questions in this article: What will happen to Catalonia if they secede? What will happen to Spain and Europe if Catalonia secedes? This article is already  too long, sorry for that, but I get carried away talking about this issue, I guess next week’s article will have to be about that….

See you next week! 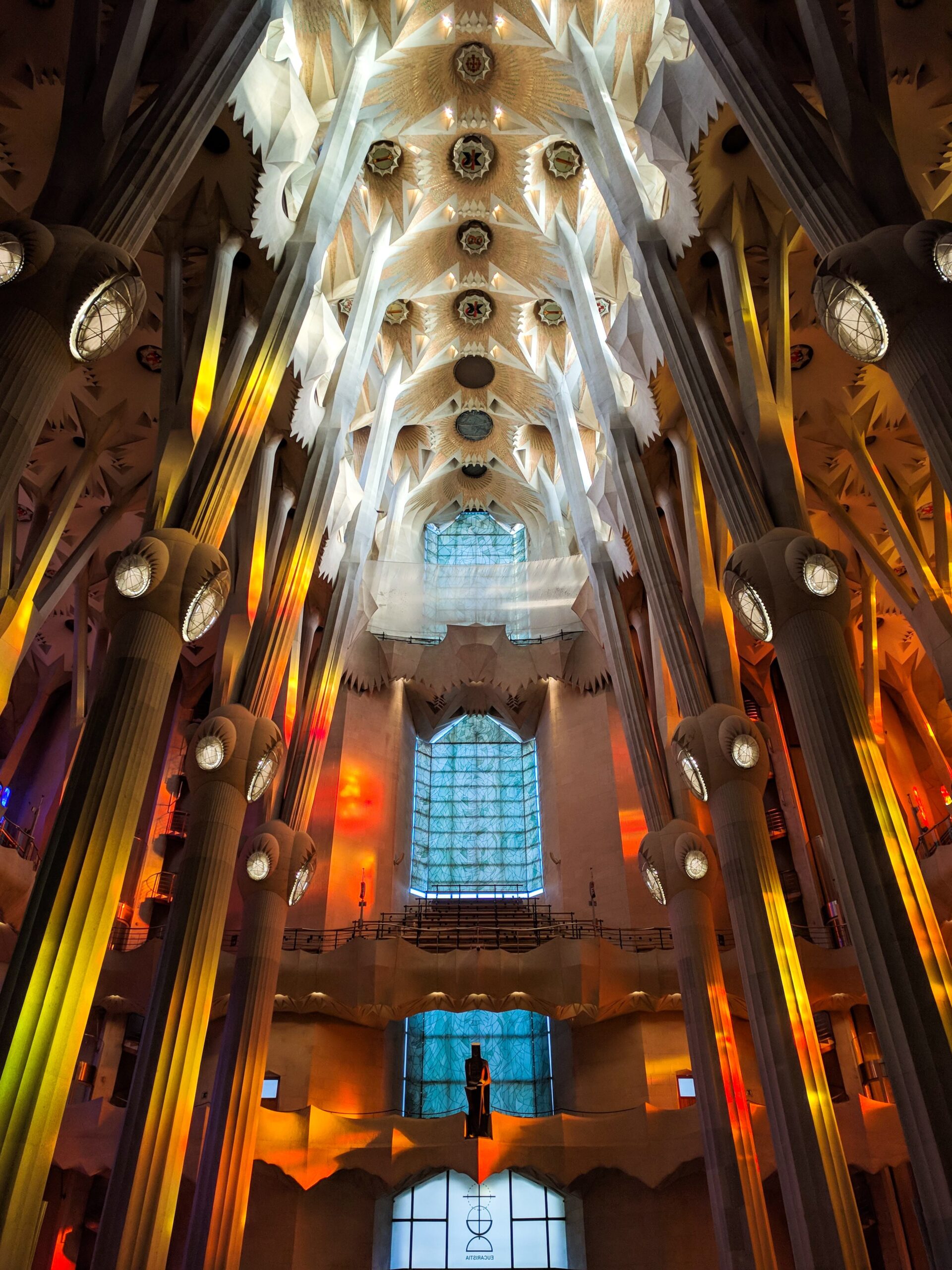