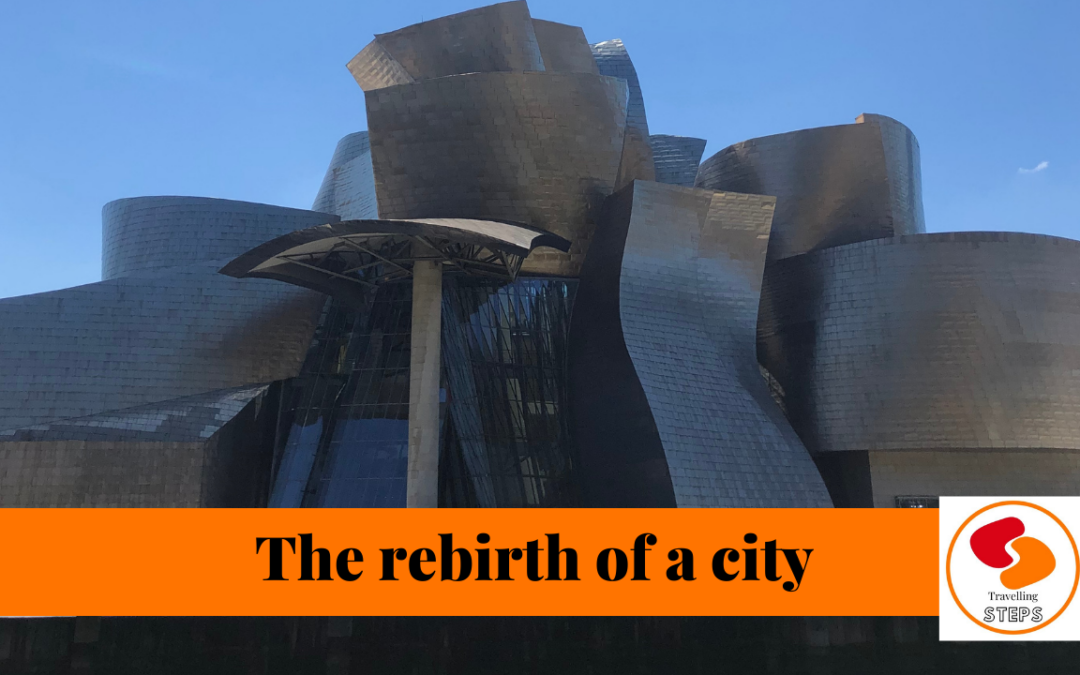 Bilbao is a miracle

In the 1980’s the city of Bilbao was a total disaster, not the kind of city you wanted to visit. Incredibly high unemployment rates, street violence, drug dealing in every corner and to top all of these, ETA (the now extinct Basque terrorist band) embraced Bilbao for their unofficial headquarters. There was no trace of the glorious past of the city.

Although Bilbao is inland, its port by the river was on the seventeenth century one of the most important ones in Europe. When the industrial revolution started on the eighteenth century, Bilbao entrepreneurs saw what was to come and changed the river banks from a trading port to an industrial one. Thanks to ship building, huge fortunes where made. Some families even created the Basque Stock Exchange and Bilbao became the economical center in the north of Spain.

At the beginning of the twentieth century the big ship building factories founded cheaper lands to assemble boats. The factories left behind beside thousands of unemployed families, a city in the ruin. Total bankruptcy at the city hall, an extremally polluted town and the river, that long time ago saw the splendor of modernity, was dying little by little.

It was 1990 when Bilbao as the Phoenix raising from its ashes, started its rebirth. Although at that time it seemed ridiculous to invest so much money in a city like Bilbao the local administration and specially the people from Bilbao were determined to make it work. The river was cleaned, gardens were created, an amazing metro system was designed by Sir Norman Foster to connect the city with the coast… But they needed the cherry on top of the cake.

At that time the Salomon R. Guggenheim Foundation  was looking to open a new museum. They thought about Switzerland, Germany and even Tokyo. At the end it was Spain, and particularly the city of Barcelona. What happened was that Barcelona was getting ready to host the 1992 Olympic Games and could care less about opening a new museum in town. It was then when the Basque government made its move and invited Thomas Krens, General Director of the Foundation, to visit Bilbao.

Mr. Krens was overwhelmed by Bilbao’s determination to bring Guggenheim to the city. The city hall compromised to pay for the entire cost of whatever building the foundation would decide to construct, plus 20 million dollars in order to expose their art for the next ten years. By the end of 1991 the Salomon R. Guggenheim Foundation signed an agreement with the city of Bilbao.

Now it was the moment to think about the building. It had to be as spectacular as the Guggenheim headquarters in New York City  designed by Frank Lloyd Wright in 1937. Many architects presented their projects, but the design that stood out the most for its uniqueness was the one by Frank Owen Gehry (Canada 1929).

It is said that the first sketches were done on a napkin, but little by little Gehry’s magical building started to shape up. It was needed the help of a revolutionary computer design system called CATIA in order to create the volumes designed by Gehry. In October 1993 the first stone of the museum was placed.

Constructed in time and in budget (165 Million Euros), Guggenheim Bilbao opened its doors October 18th1997. It’s almost 2’5 hectares are covered with 42000 titanium slates that change its color depending on how the sun reflects on them.

From the very beginning, this masterpiece has touched everyone that has had a chance to visit it. The curviness of the lines makes the building seem to be floating as a ship on its way to the ocean. Each volume is more beautiful than the one by it. Some people say it looks like a boat, others like a fish, who cares, it is Guggenheim Bilbao!

If you want to visit the Guggenheim Bilbao museum, we recommend you to book your spot in our Basque Staycation tour. You will learn about Basque culture from the comfort of one rural home in the Pyrenees and do daily excursions to discover places like Bilbao.  It is the ultimate Basque experience.

Let’s take a stroll on the river banks of Bilbao’s river.