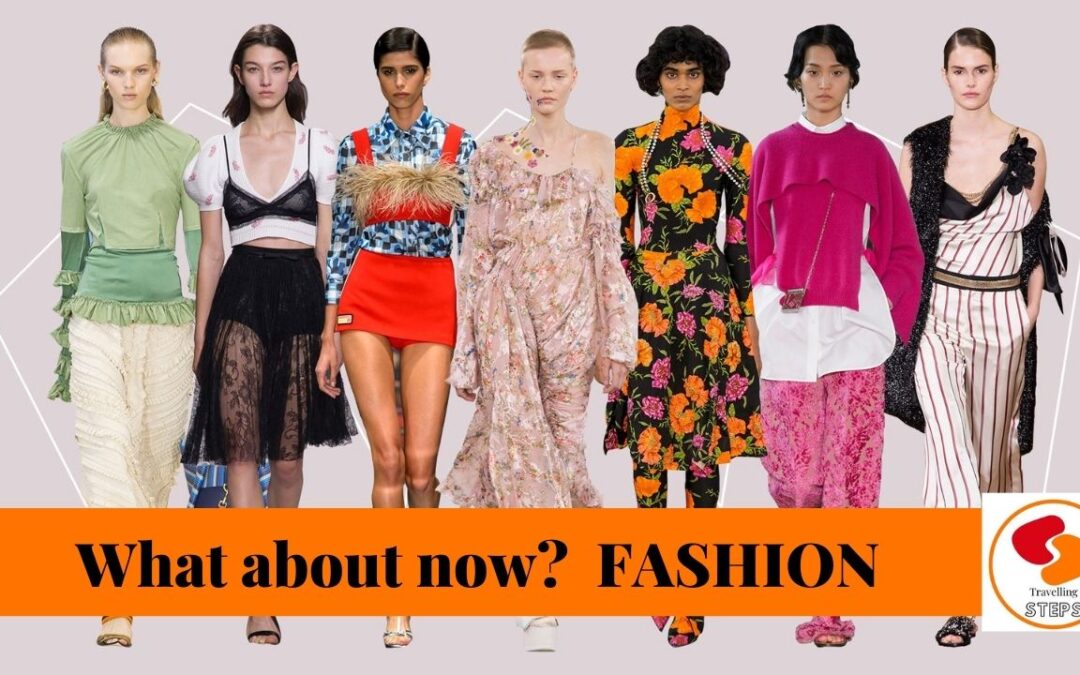 Fashion on the change!

It seems that this pandemic has its days numbered, soon we will be back to normal, or at least back to a “new normal”. But what will this idea of a new normal look like? All along in history after a crisis of this magnitude, be it a world war or a global pandemic, culture  has changed. Are we ready for this new era?

In the section that follows I will write about how the world has changed fashion and women rights after some of these crises. Then we can make a guess about what will happen next.

This article, makes special sense  in March when we celebrate around the world Women´s month!

Yes, you have read correctly, I am going to talk about fashion! I believe that the way we dress might not be an art form, but for sure it reflects the society we are living in. Fashion in the 20th century has reflected the liberation of women.

I am not going to start talking about prehistoric times, when humans were almost naked and started getting dressed just to protect themselves from the cold. I am going to come all the way to the 20th century, when the big social and fashion changes started.

It all started during WWI (1914 – 1918). Women were left home alone while their husbands went to war. Those women had to work, had to help from the barricades, had to sew parachutes and make bombs. Suddenly society realized how powerful women were. Women could earn their own money, could make their own decisions, and didn’t need to get married to be considered normal or useful.

1918 was not just the moment to celebrate the end of the war, but also the end of women’s repression. The Roaring Twenties came to change society. Women were not going to accept corsets anymore, not physical nor mental corsets. Women wanted to move on, so fashion became fluid and ethereal. A string of pearls became a symbol for freedom. 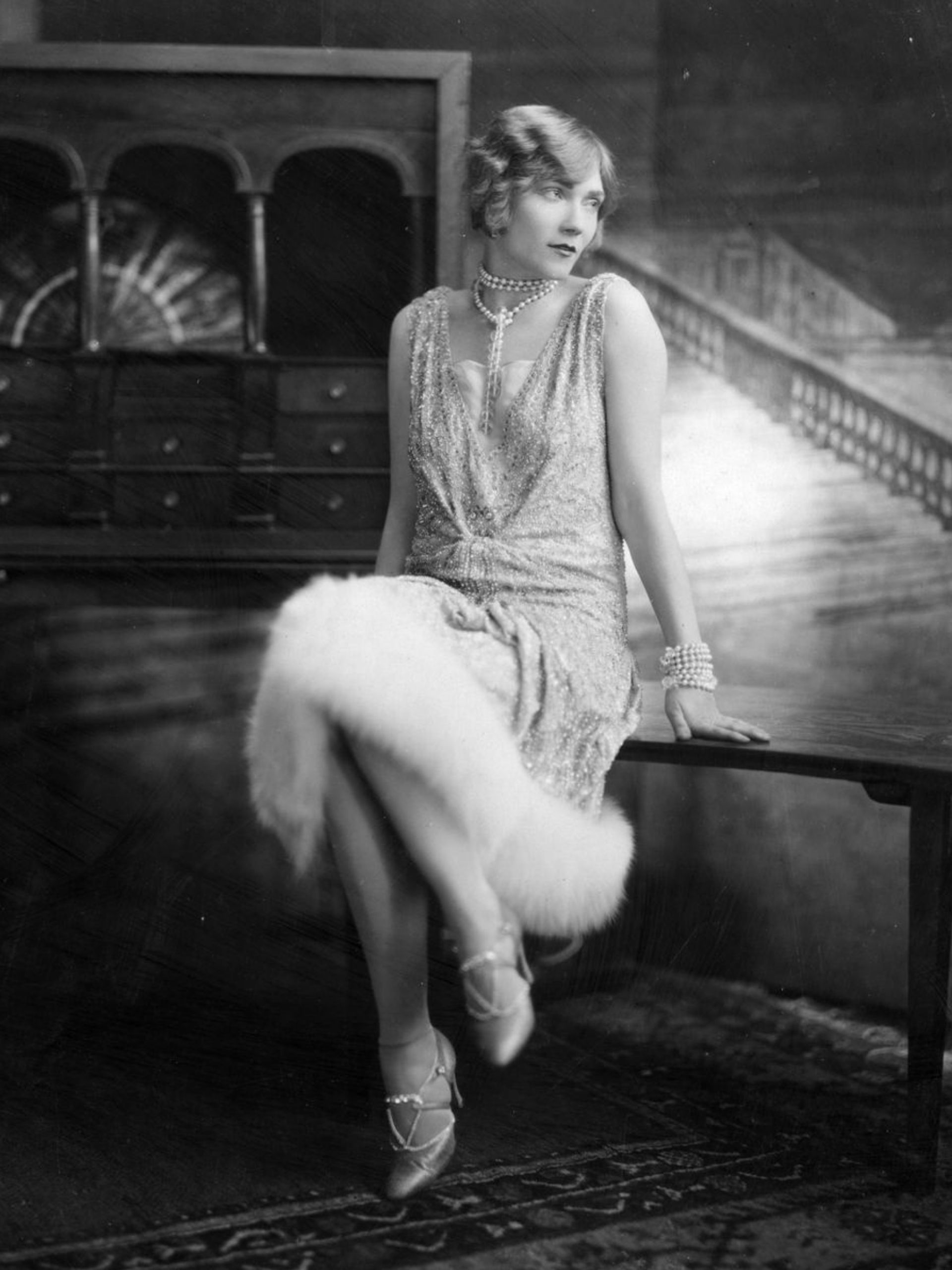 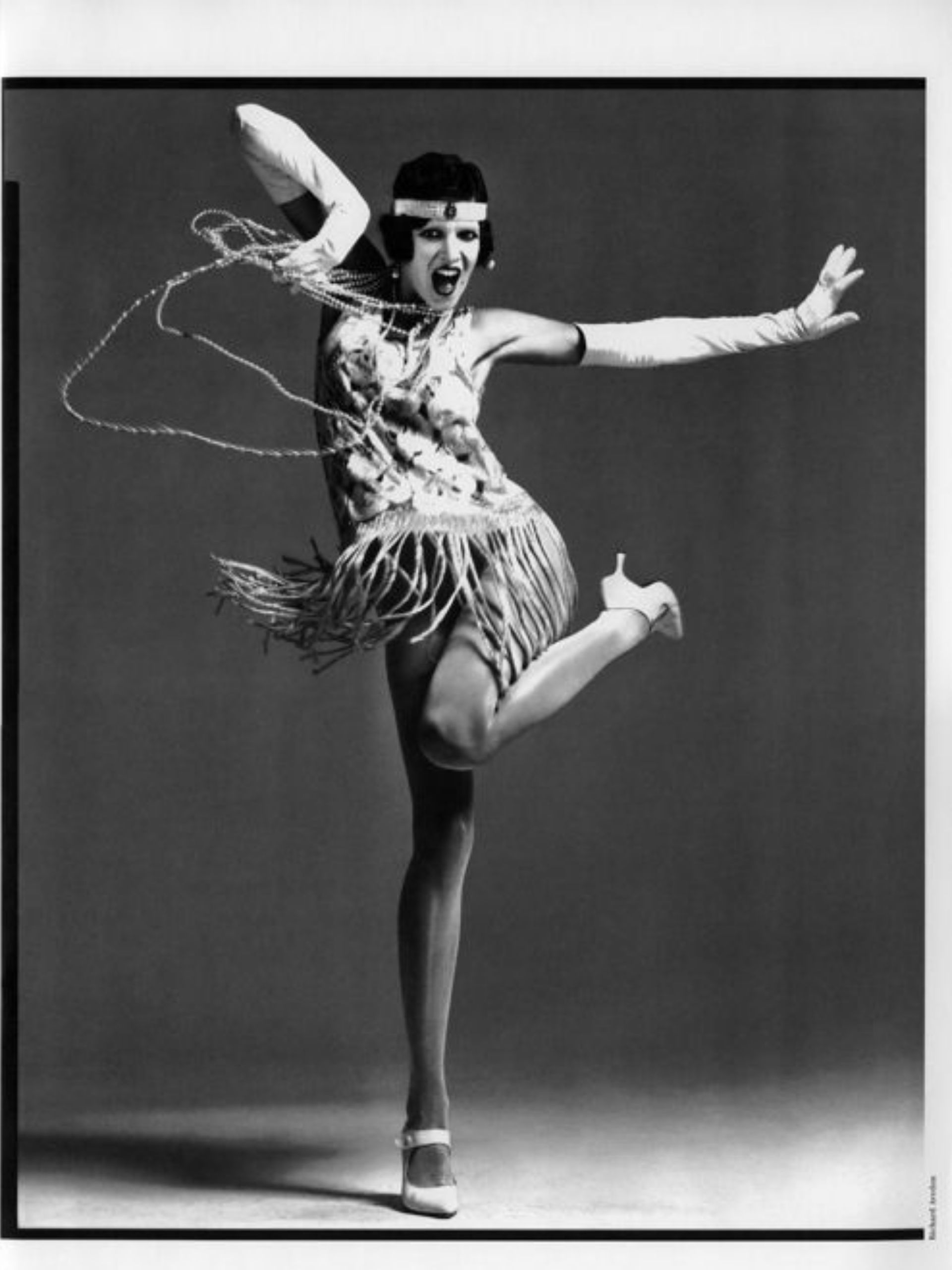 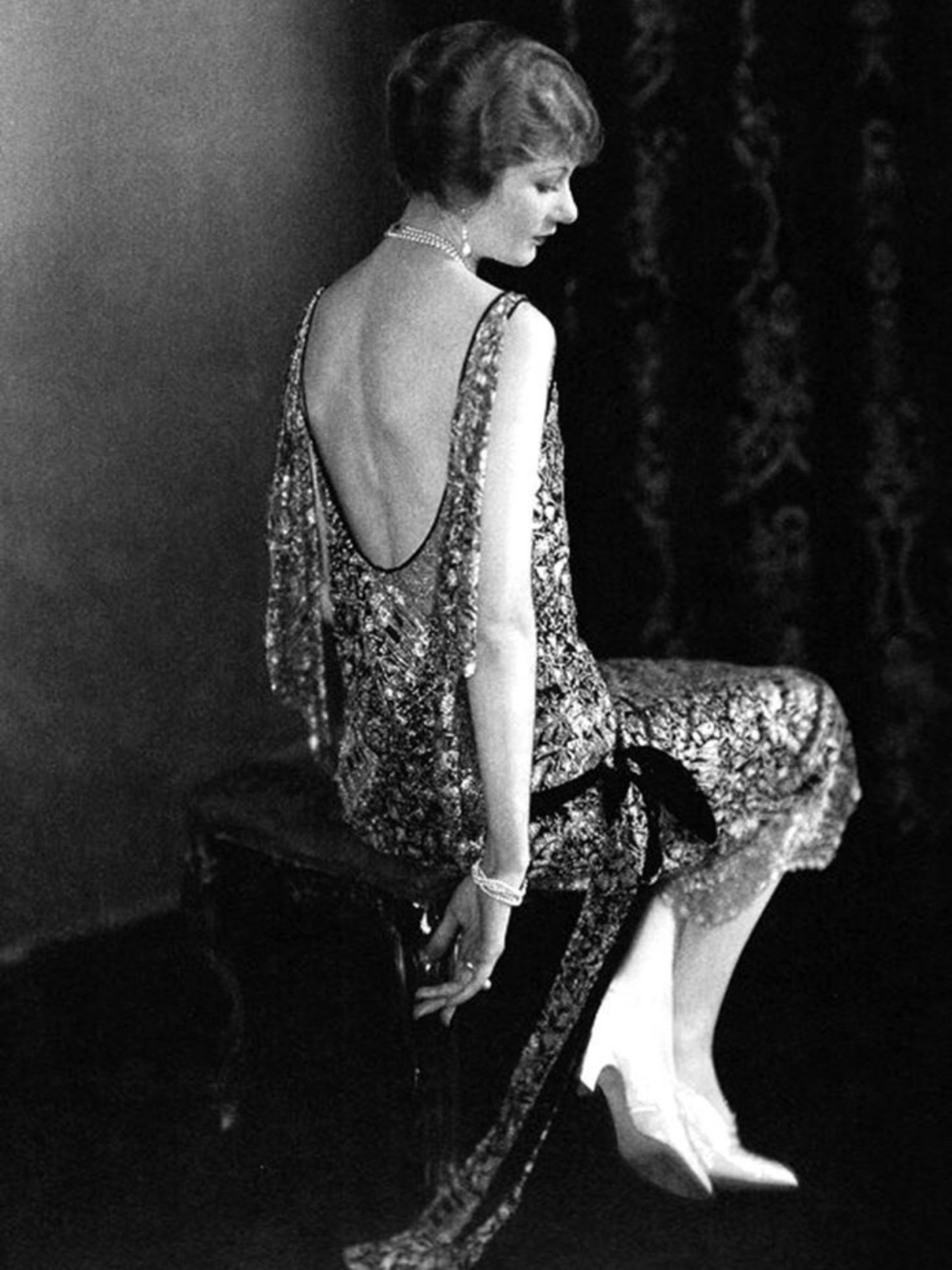 At this moment, Gabrielle Chanel was the woman who dared to free women from corsets. Some people thought she was crazy, but “Coco”, as she was known,  gave women the freedom they were looking for. Comfortable tweed suits, t-shirts, incredible evening gowns in which they could dance all night long.

Maybe as a forecast for the Great Depression of 1929, mademoiselle Chanel designed in her collection for winter 1927 “La Petite Robe Noire” The little black dress. It was simple, pure, and minimalistic. It reflected what was to come… 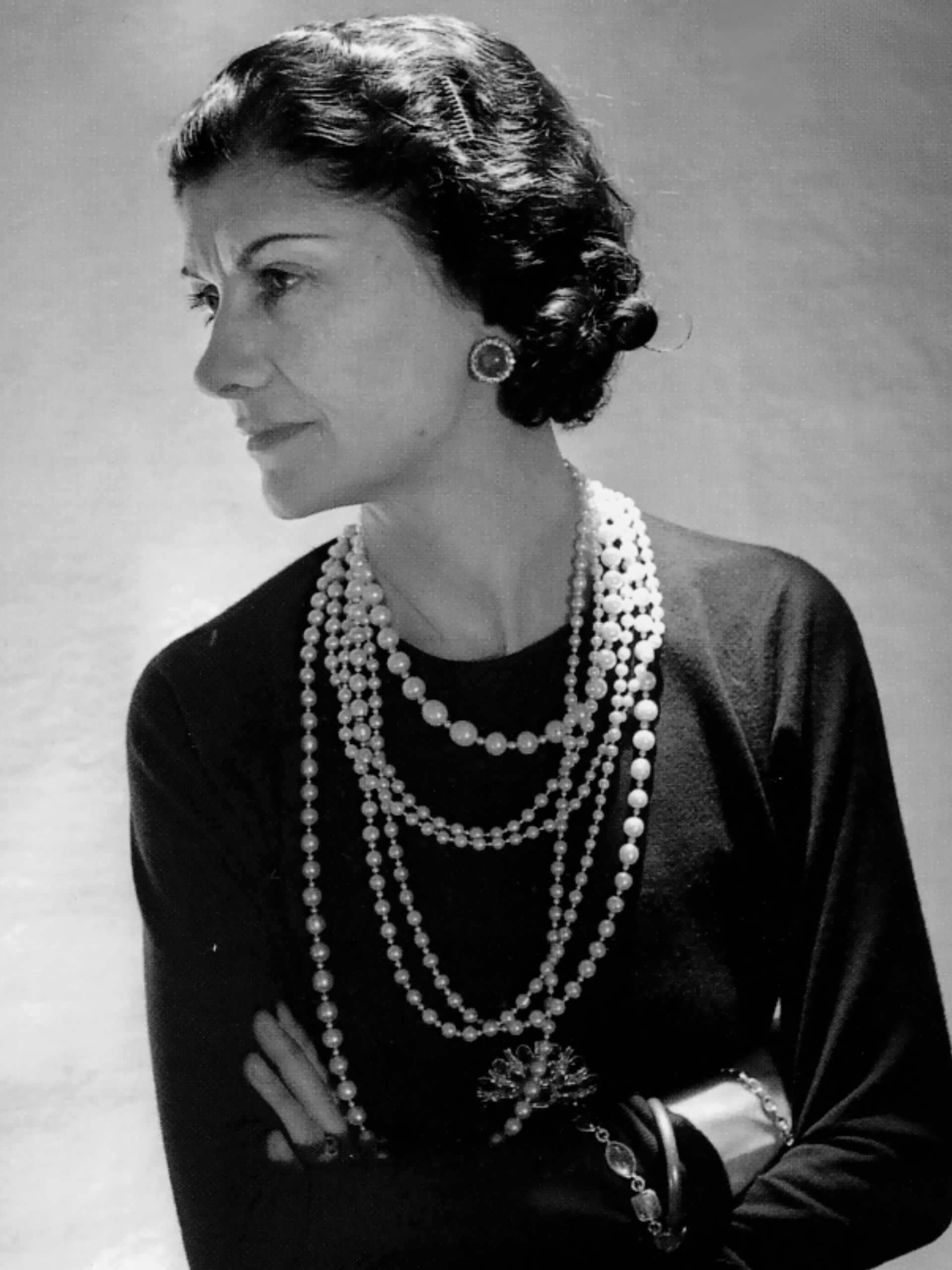 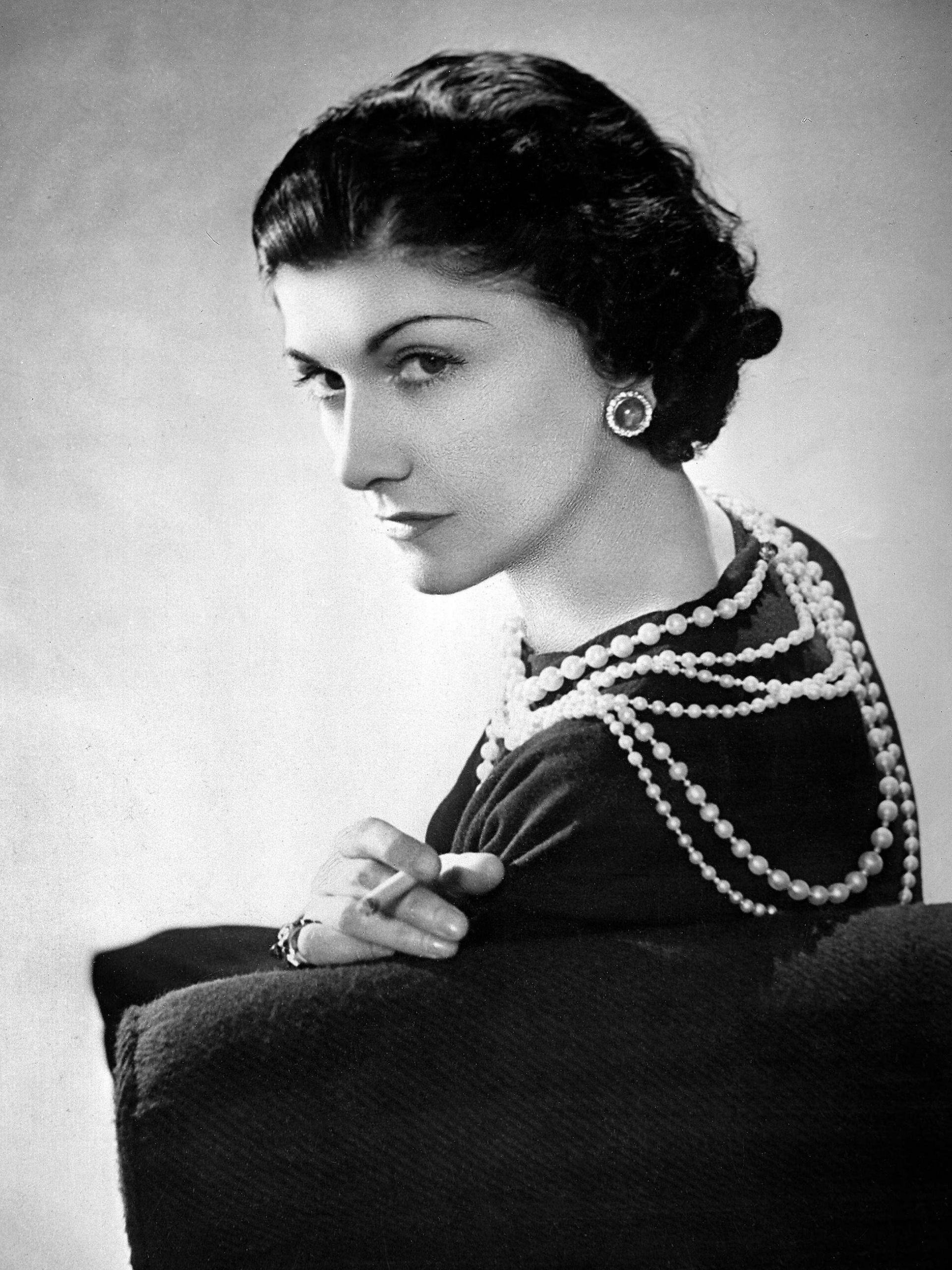 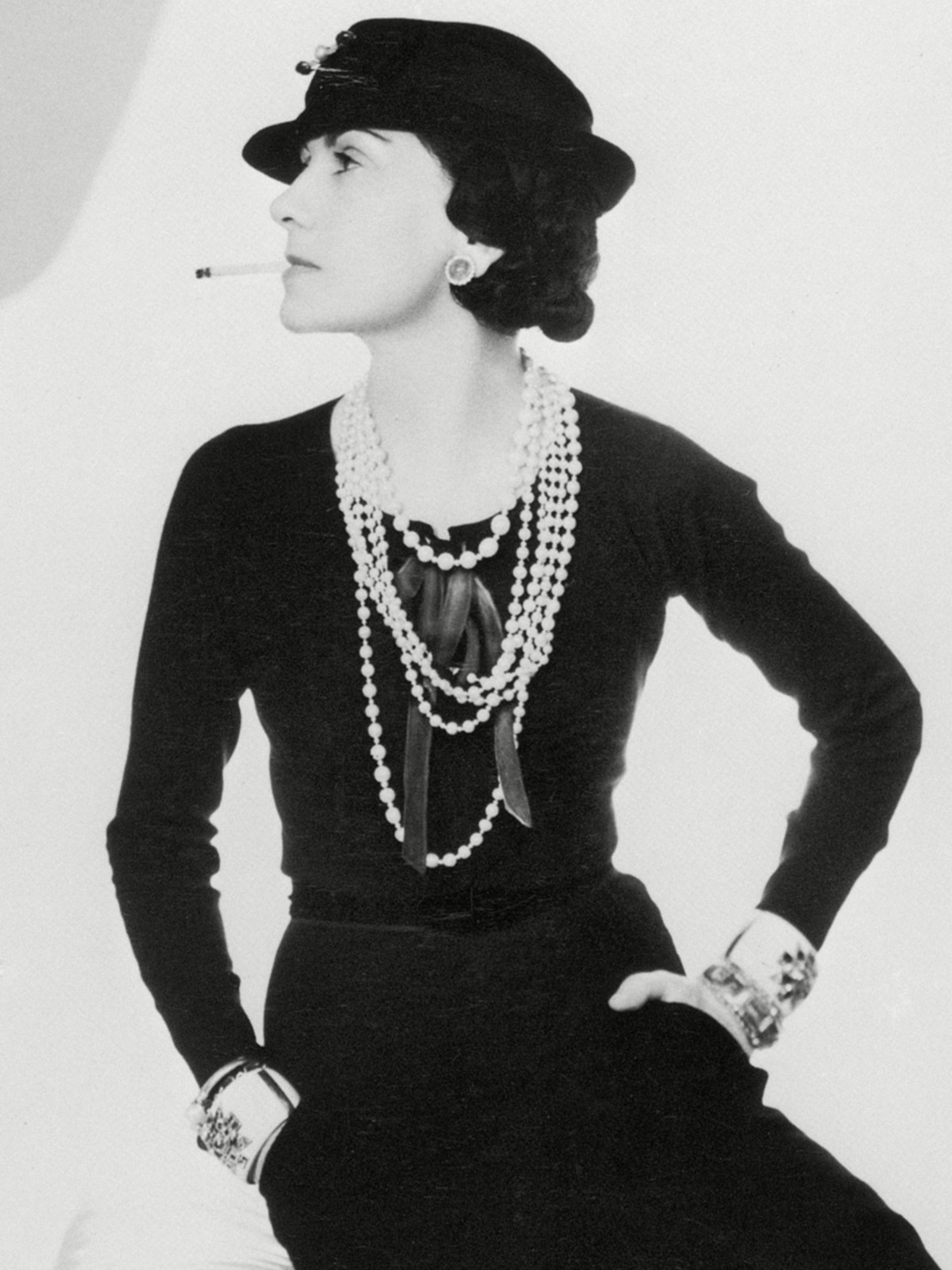 The Great Depression led us to WWII (1939 – 1945) Everyone had to work together. There were no more men’s jobs or women’s jobs, there were just jobs. One of the big symbols of this time was Rosie the Riveter. A fierce woman with rolled  blue shirt sleeves saying, “We can do it!” And they did do it — women became as important in the war effort as the men. Rosie became an icon, and society accepted, for the first-time, women wearing pants or a working shirt.

Once the war had finished, society needed fresh air, and big celebrations returned. In this moment of euphoria, only Christian Dior realized that women did not want to lose their empowerment, but at the same time they needed to find the femininity they had lost during the war. Monsieur Dior created the “New Look” in 1947.

This new look revolutionized the world. It was a two-piece suit that mixed the femininity of a fluid skirt with the empowerment of a hyper-structured blazer. Although some fashion critics said that it was an aberration and a disgrace to the fashion industry, women from all around the world understood and embraced this trend that combined empowerment and femininity 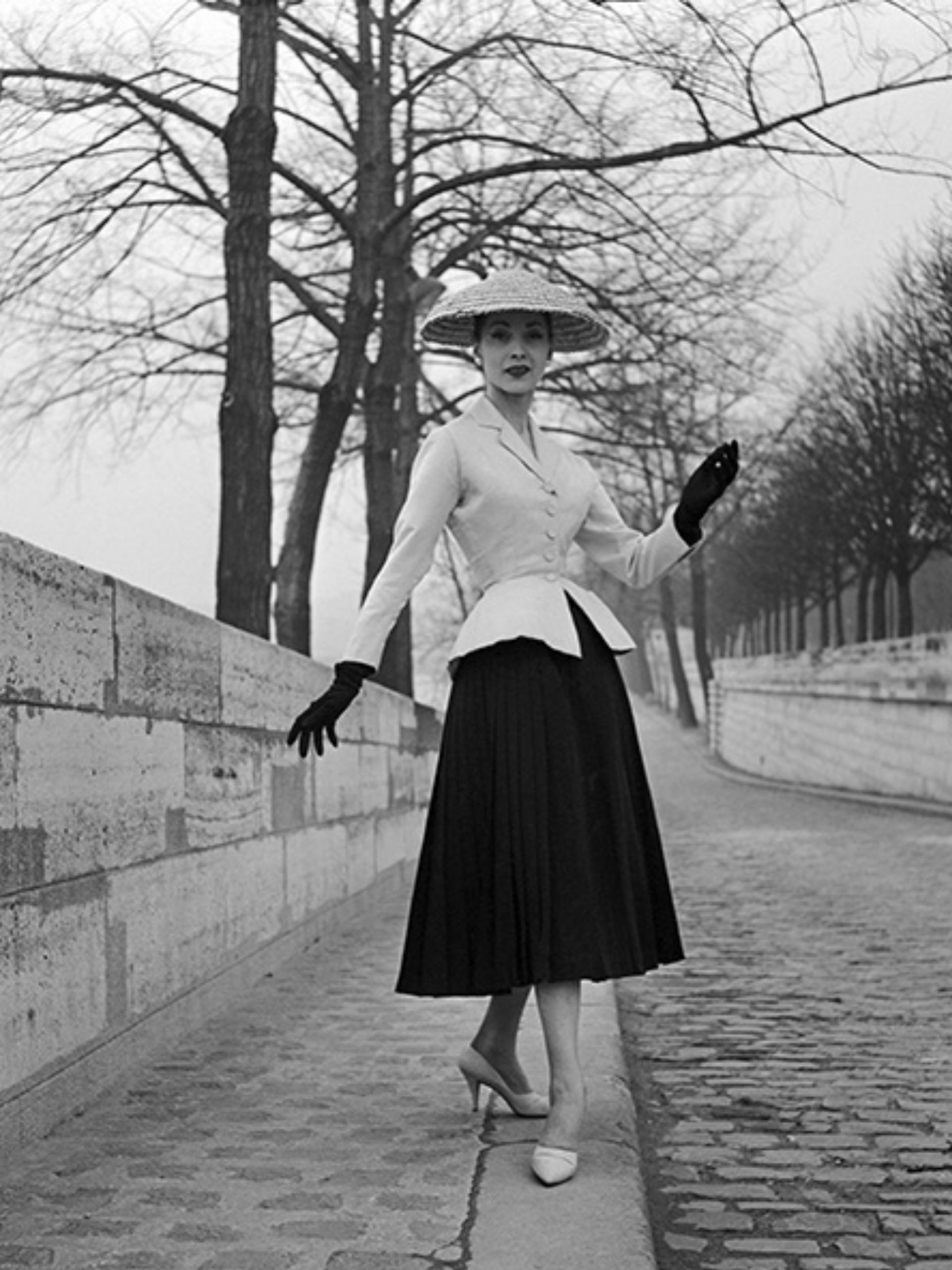 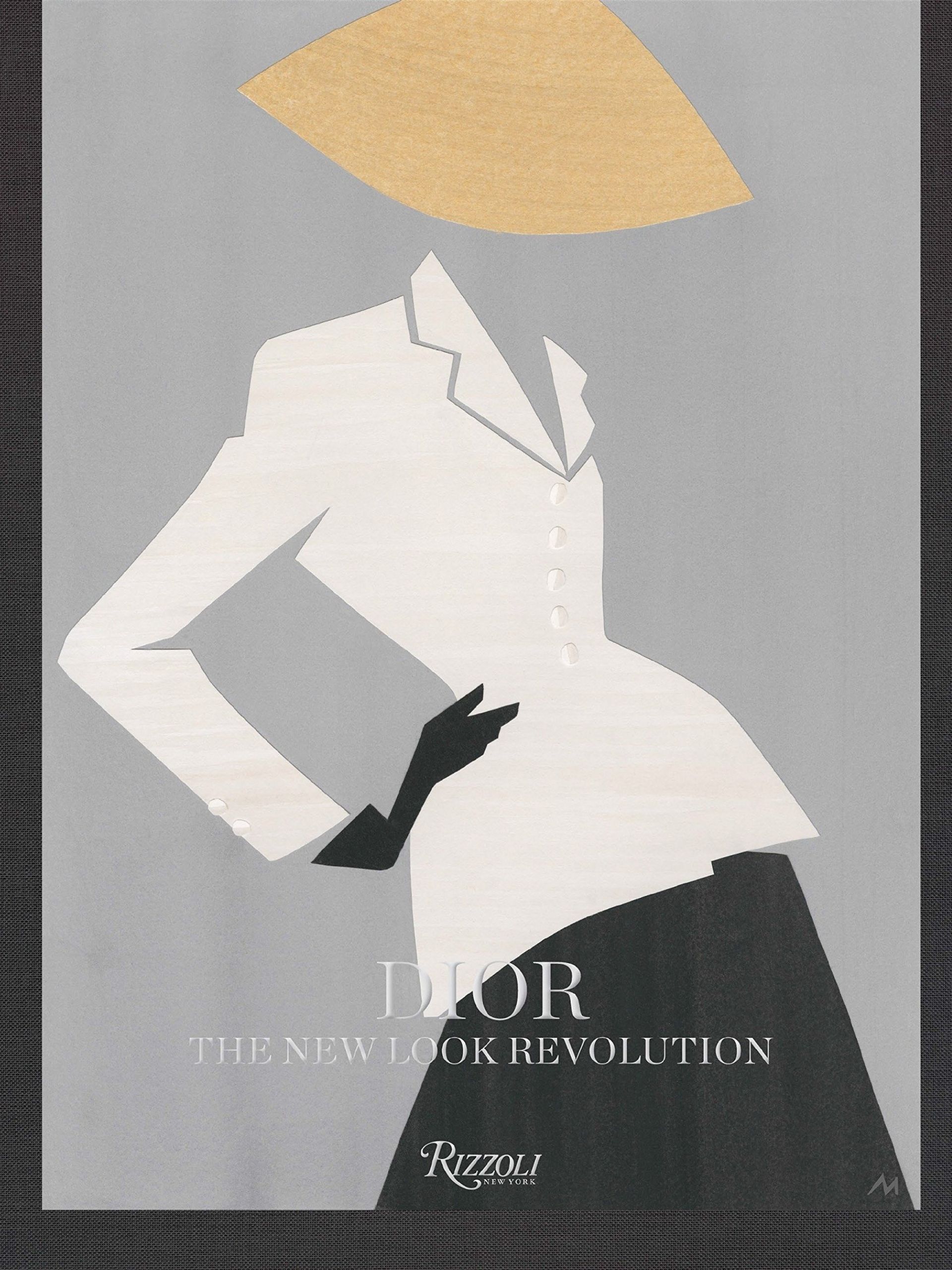 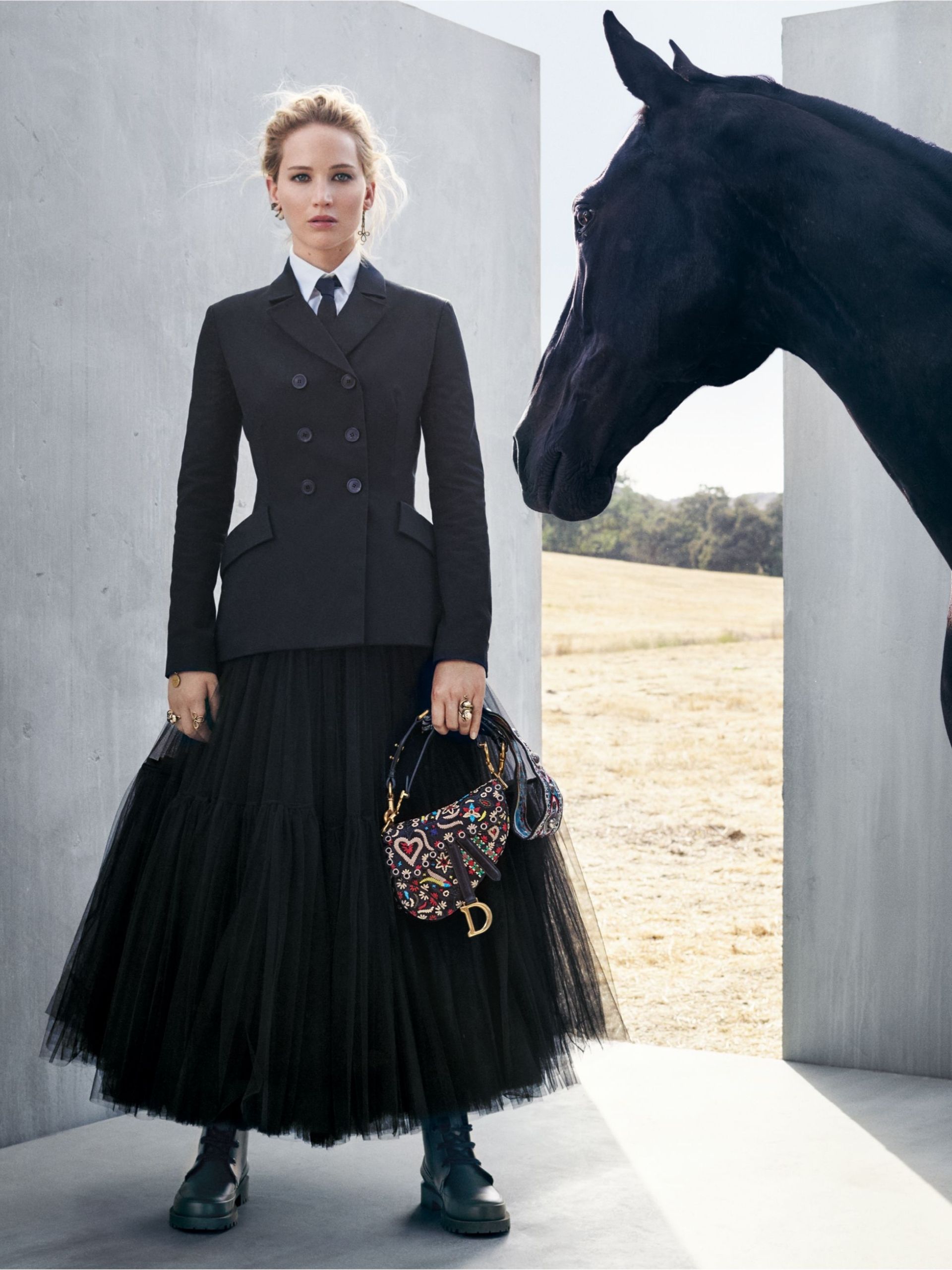 All of this fashion brings us to today. Where is fashion now? We all know that Instagram rules. If your post doesn’t get 1,000,000 instant “likes”, it was not good. The more you show your perfect life, the better. It is the moment of the hyper-visualization and hyper-sexualization of women. MORE is MORE!

I have to accept that today’s fashion icons are the Kardashian sisters. Their lives are mega exposed on Instagram and on their TV show. Their fake bodies have more silicone than flesh. They voluntarily present themselves as sexual icons. Unfortunately, I believe we are going back to our ancestors, when men would hunt and women would harvest and have babies. In fact, if we look at a photo of the Venus of Willendorf and a photo of Kim Kardashian, there are almost no differences. Remember that these two images are only 30,000 years apart. 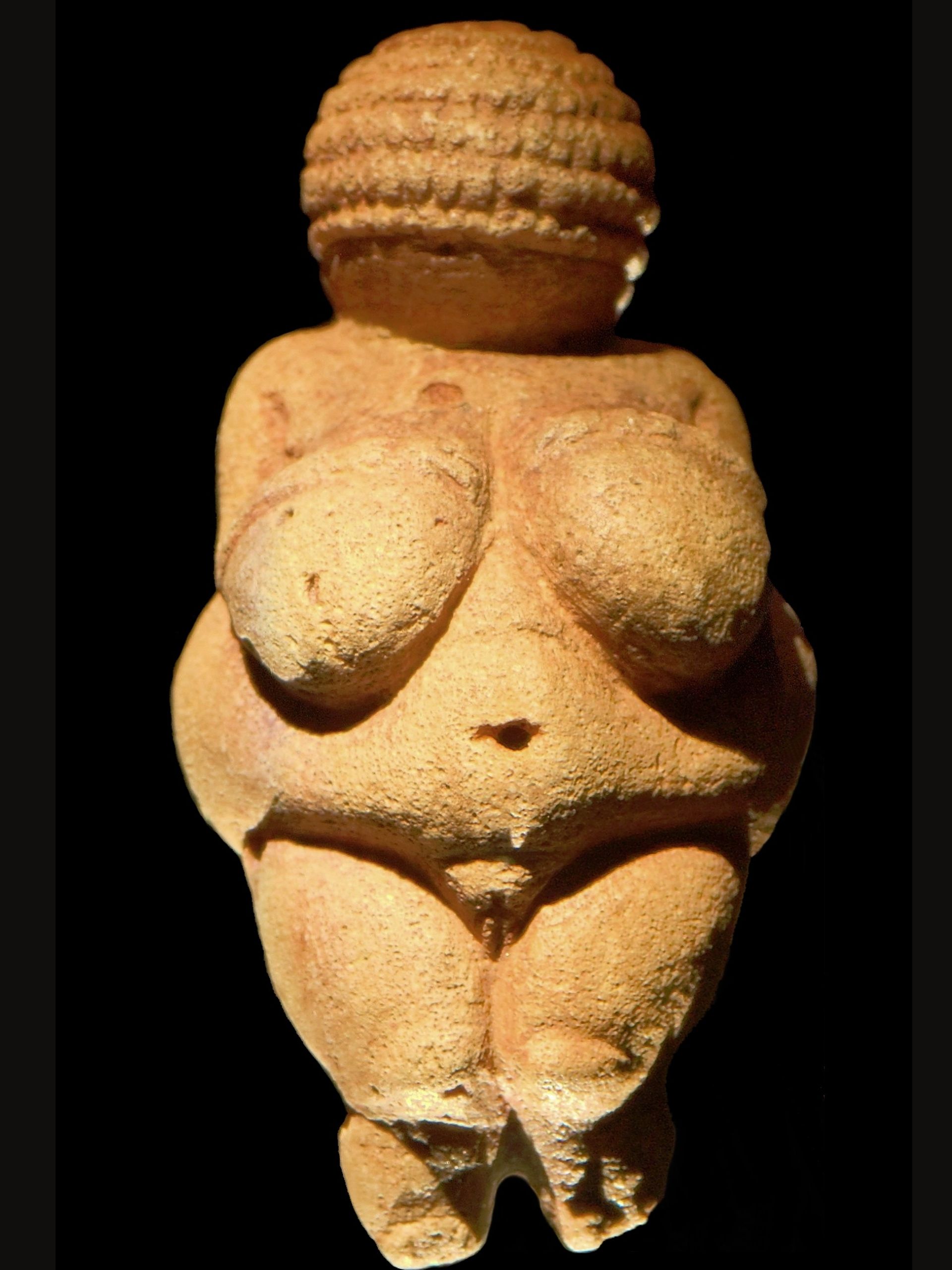 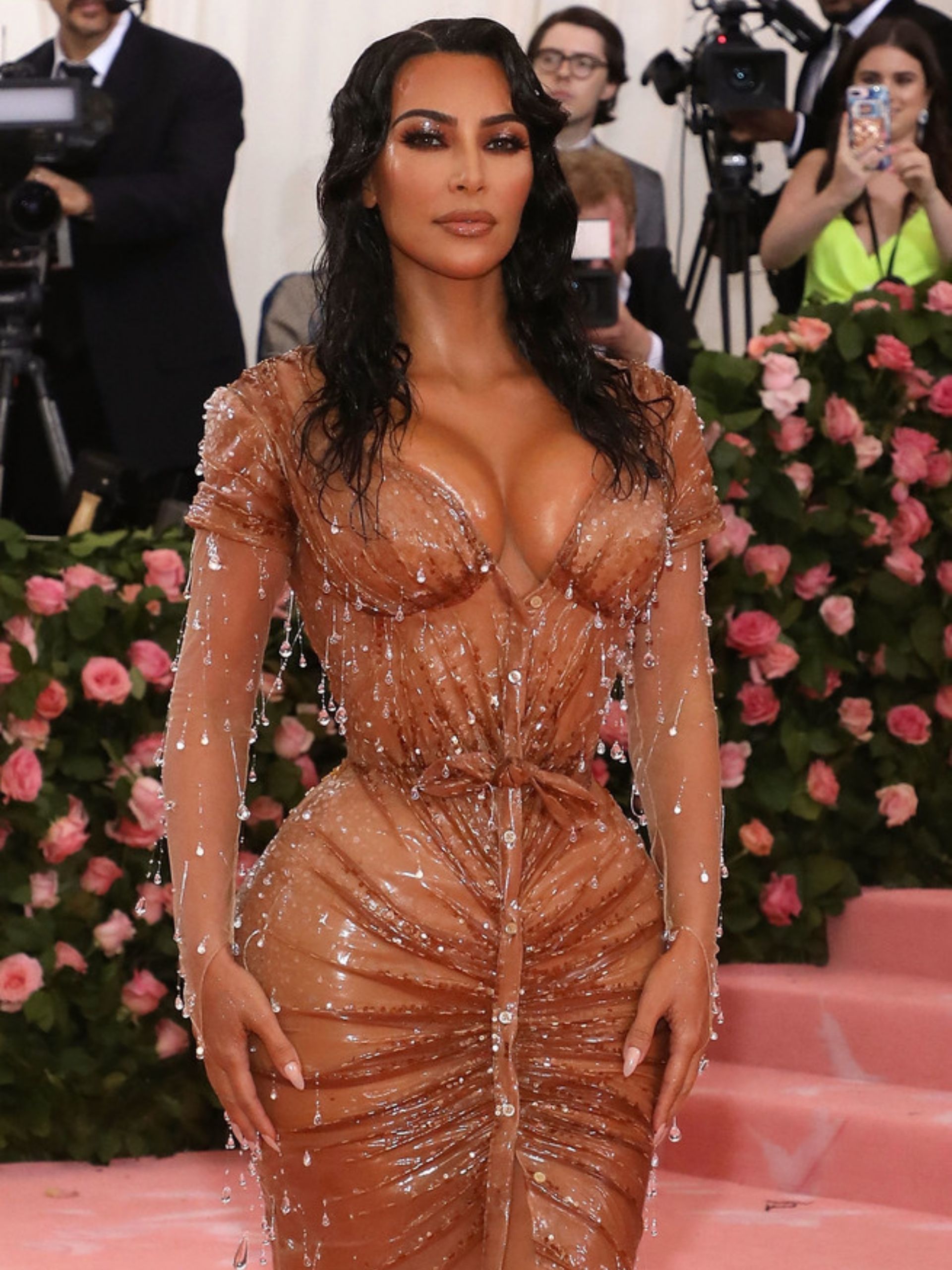 But, what is going to happen from now on?  First, let me explain that to me the “NOW” moment started on January 20th 2021, at President Biden’s inauguration. On the stage in front of the United States Capitol, we saw and heard powerful women. Hard-working women who are proud of their heritage. Intellectual women who know that being feminine will never take any value from them.

I didn’t see them, but I surely felt the presence of the ladies who paved the road to success for this new generation of women. Ladies like Rosa Parks, Judge Ruth Bader Ginsburg, or even Coco Chanel were all in heaven celebrating this historical moment.

And what about fashion? Well, according to what we saw, fashion better take note and become more diverse, empowering, and colorful. It has to have a meaning. We have realized that the clothes we wear means something. Symbols and words are as important as they were before, a pearl necklace has never been just a beautiful accessory, it was and still is a symbol of power, in the 1920’s women showed that they could buy their own pearls, today women show that they can rule the world! 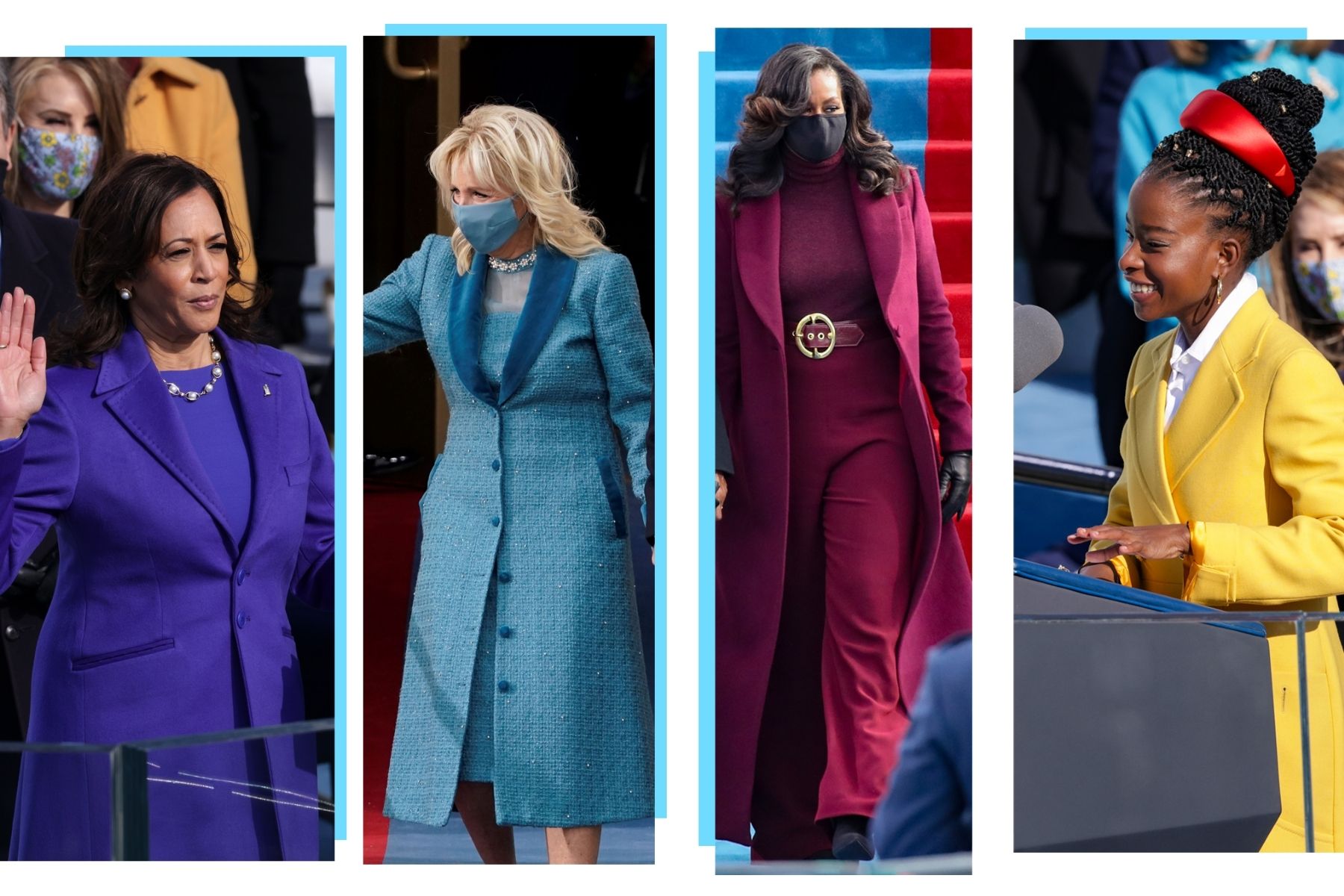 Art on the change!
POWERFUL QUEENS OF NAVARRE: TODA