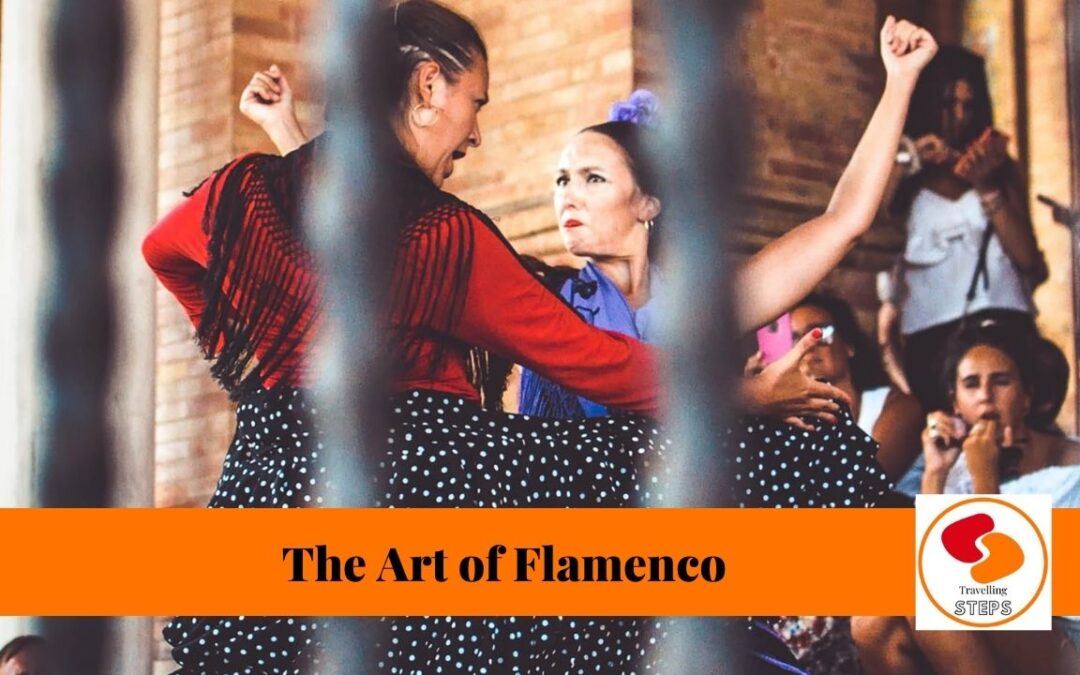 If there is an art form that represents Spain, that has to be the Flamenco. The essence of flamenco is passion, emotion and a lot of “duende”.

You might wonder what on earth is “duende”. Well, if we translate it directly to English, it means Elf, but it really has nothing to do with fairy tales. Duende is a spark that lives inside of some people that when  kept under control it is OK but when they set that invisible spark free it becomes a wild  fire that burns you from the inside out. It is uncontrollable. Duende is something you are born with, you either have it or you  don’t. Flamenco is the catalyst by which a mere mortal like me can feel and appreciate the “duende”

We really don’t have a clear  idea when it all started. The first written info related to flamenco dates back only to 1770. But we need to understand that as any art form, it is in constant evolution, and for sure it dates from many centuries before.

About where it started, we know it  was in Andalucia, but more than the location, what is important is how flamenco was created.

The issue is that flamenco is the result of the intersection of many cultures, and what a better place for an incredible mix of cultures than the south of Spain. Just think that many of the most important mediterranean civilizations have crossed or settled in this area; Carthaginians, Visigoths, Carolingians, Romans… and what about religions? Andalucia  has been Muslim, Jewish and Chatholic. Andalucia is the real Melting pot.

To this  multicultural melting pot  we need to add the power of the Gypsies. I know that in many places in the world the use of the word Gypsi has derogatory connotations. Here in Spain and especially when we talk about flamenco our Gypsi community are placed on a golden pedestal. They represent the essence and purity of this art form, without them, flamenco would have not existed.

In flamenco music we have many different “palos” . We could translate palo as variants. My favorite palo is the  Bulerias. They are the most vivid ones, they bring the party up, they are loud and fun. Right on the opposite side of Bulerias we have the Seguidiyas. These ones are the most intense ones. Singers are serious and tormented, when you listen to them, you can feel their soul.

But, if there is an international flamenco palo, that has to be the Sevillana. Originally from the city of  Seville, it has become Spain’s national dance. Sevillanas are fresh, and fun. They are easy to learn how to dance, even for a Basque. LOL

Many people believe that flamenco is played just with a guitar. Don’t get me wrong, you do need a guitar, but flamenco is also played with other instruments. First you need  a cajón (wooden box) used as a percussion instrument, and then the  artist will use their entire body as an instrument. The clapping is taken to another level, not to mention the sound created with the shoes, they can make anyone cry with the tiptoeing of a shoe. Even the almost silent sound of the ruffles  moving  in a skirt have rhythm.

When you see flamenco dancing you realize that it is not just performed with the feet. It is the feet, the hands, the arms, the dress, the hair and specially the eyes. Flamenco is passionate, emotional, it requires your total presence, it is about your body and your soul.

The most famous flamenco artist of all times was Lola Flores. Here is a short video of her singing and dancing. You will probably don’t understand what Lola is saying (neither do I) but you will feel her powerful energy. When I see this video, I understand what the New York times said about her in 1951 “she can’t sing, she can’t dance, but don’t miss her”