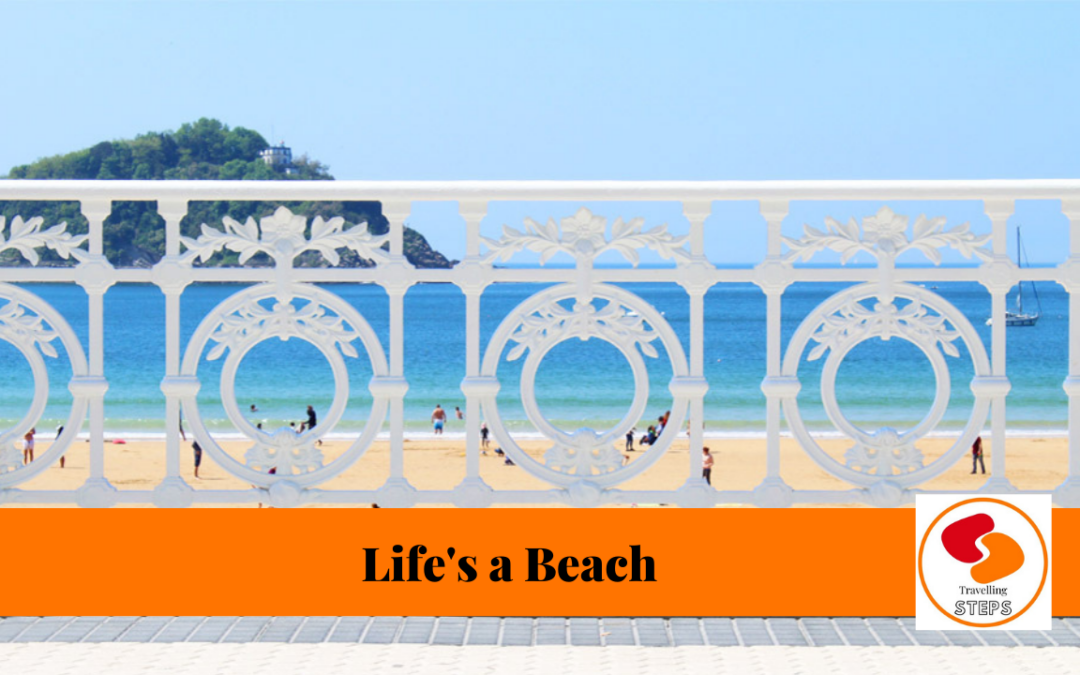 San Sebastian, the Pearl of the Basque Country

If you ask me to choose one beach in Spain I would have to say “La Concha” in San Sebastian. In fact the Travellers’ Choice Awards has selected it as one of the top 20 most beautiful beaches in the world.

San Sebastian’s beach has to have something special because it has driven to its shore Royals, dictators, Hollywood stars, writers and even me, a person who prefers the freshness of the mountains over the hot, sticky sand.

The bay is called La Concha, which means “The Shell” because of its circular shape. It is flanked by two magnificent mountains at each end. At the feet of the one on the  left (Igueldo mountain) you will find three metallic structures designed by Eduardo Chillida   called “The Wind Comb” It is a tribute to the wind that has helped local fishermen return back home from the ocean. From the top of Urgull mountain (the one on the right hand of the bay) you will have the best views over the city. Really worth the thirty-minute hike.

The most iconic symbol of La Concha bay is its handrail. Designed by the Spanish architect Juan Alday in 1910, it took six years to build and place its 1355 pieces. Each one of them has a flower facing the city. Well, not really all of the flowers, one faces the ocean. It is said that when you visit San Sebastian and you find the flower that faces the ocean you will return to the city in the next year. 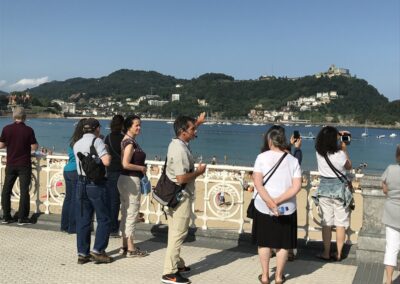 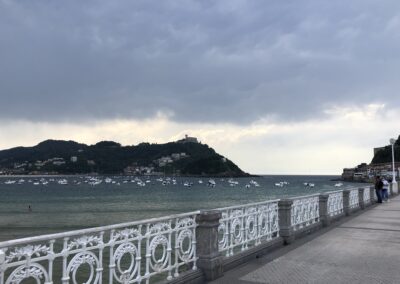 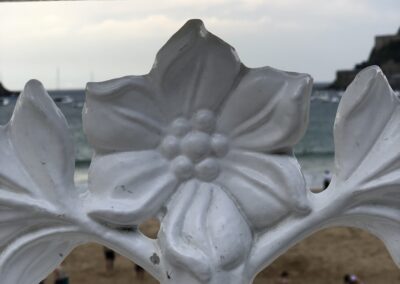 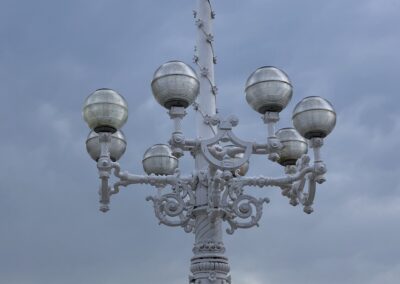 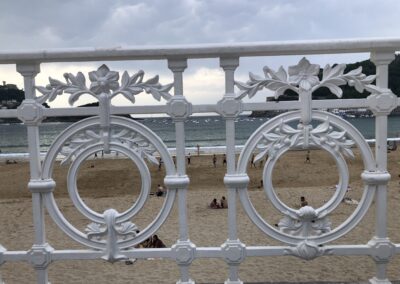 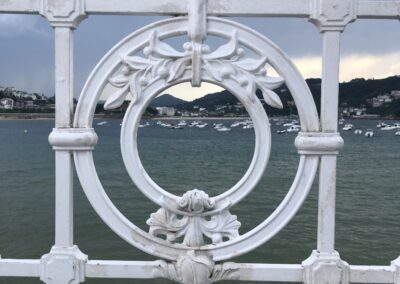 Not the perfect beach!

The first one is called “Galerna” and nobody can predict it. It is a strong sudden storm formed in the ocean that hits the shore in less than 20 minutes.  The wind blows up to a speed of 45 miles per hour, and will destroy everything it touches. If you are laying on the beach on a hot summer day and suddenly you hear sirens, and see locals running away, you better run as well. In less than twenty minutes you will not want to be near the sand… The good part of Galerna is that it happens just once or twice a year.

On the other hand, the second tricky thing is totally predictable. In fact, it happens every six hours, rain or shine, they are the tides. If you arrive at La Concha beach on low tide you will see a huge beach, and you will probably be shocked that all the towels and the beach umbrellas are huddled in one little corner. An inexperienced traveler will lay his towel in the empty space and think that he is smarter than the rest. Well, that is not a clever thing to do, your towel and backpack will be drowning in six hours.

As if this beach is not great enough to attract everybody, the city of San Sebastian has yet another highlight, the food. You can go all fancy and eat at any of the Michelin starred restaurants, or you can ignite your palate and discover the tapas tradition in the Basque Country, but I think this should be the starting point for another article.