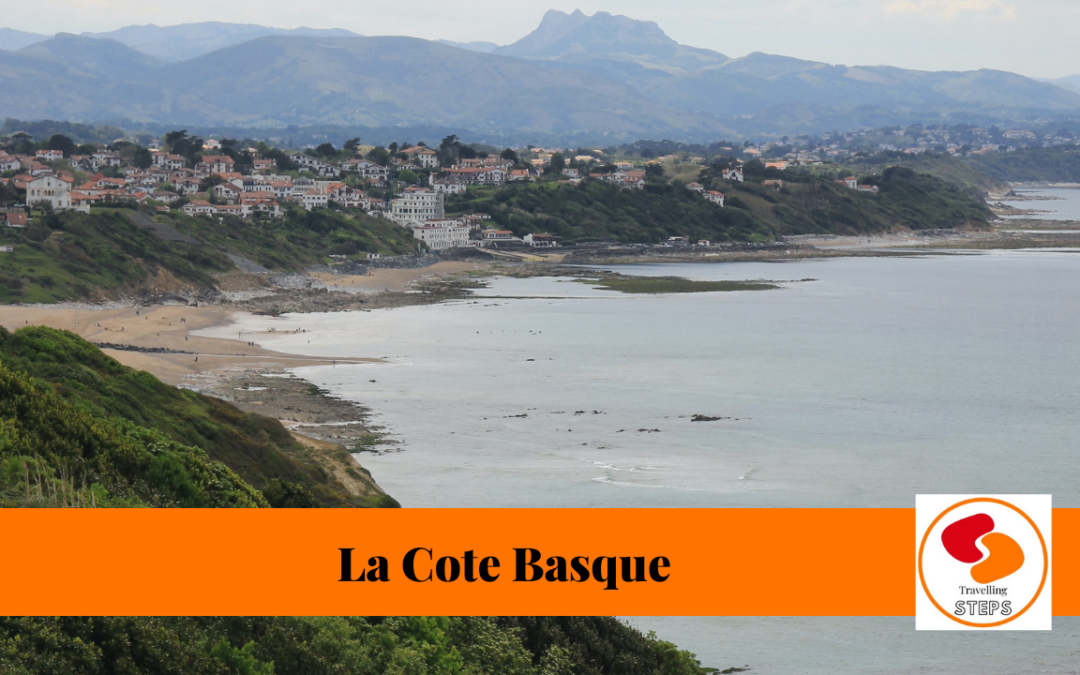 La Cote Basque is considered as one of the most beautiful places in France. Just to locate yourself, I am talking about the southern coast line in the west part of France. It stretches from the river mouth of “La Nive” river, near Bayonne, all the way south to the border with Spain. This 41-mile shoreline has attracted the rich and famous during many years

Biarritz, the heart of the Cote Basque

If there is one city that stands out from the rest, it has to be Biarritz. Originally a humble fisherman village, itbecame famous when Emperor Napoleon the 3rd and his wife Maria Eugenia de Montijo started to visit the city on their summer vacations in the middle of the 19th century. Keep in mind that María Eugenia was born in Spain but she was also the Empress of France. This meant that although she deeply missed Spain, for political reasons, she couldn’t cross the border to visit the country that was the enemy of France. This is the reason why the couple made Biarritz their summer home. This way Maria Eugenia could be as close as possible to her native country, and cross the border in a very discreet way.

Napoleon the third in 1854 ordered the construction of a palace. In just 10 months it was constructed. Today this magnificent palace hosts the Hotel du Palais,  a 5 star hotel overlooking the bay. Along with the Emperors, the novelty followed them and Biarritz became the summer hot spot for European and Russian royals. Incredible palaces were constructed, cozy hotels, incredible churches, the city became “the place” to be seen.

As years passed a young and intrepid woman found in Biarritz the perfect place to sell her luxury goods, her name was Gabrielle Chanel. Chanel opened in 1915 an “Haute Couture” shop here. It was an absolute triumph.

Today this beautiful city still welcomes the rich and the famous. It is easy to spot Hollywood people, top models, and even Karl Lagerfeld, former designer of Chanel, had a house here. All of these fancy people mingle with surfers, fishermen and my family. I wish I could afford to buy a small apartment here, but it is unreachable, we just make it a day excursion.

When we visit Biarritz there are 2 places we “have” to go. One is an amazing pizza place, yes we have teenagers and that is what they love. It is called  LA TRATTORIA (20 Av. Edouard VII). I personally love all their pizzas, made in a wood fire oven. My favorite one is their rustic pizza, with mozzarella, onions, and pancetta…My wife loves their pasta, especially the tagliatelle a la carbonara. OMG that is good!!!! Their salads are also great. The only problem is the price of their wine. I am Spanish, and wine on my side of the border is much cheaper than in France. Although if you are American you will find it cheap.

The other place we go (not as often, because it is pricier) is the amazing patisserie MIREMONT.   (1B Pl. Georges Clemenceau)  I have a sweet tooth and I can’t help this place, it is heaven. Miremont is a fancy and elegant pastry shop founded in 1872. It is the perfect place to have a coffee. If you can get a table by the window, you can be there for hours overlooking the bay. The decoration will take you to the XIX century, I don’t know why, but when I cross that door, I become better mannered, and start behaving as a gentleman from another time. I believe I have tried all their cakes, and all are good, but there is one that to me stands out. Their raspberry and pistachio cake leaves me speechless. It has a thin buttery crust then the smoothest pistachio cream, and topping it all with thousands of fresh raspberries. It combines the richness of the cream with the freshness of the fruit and all is ensembled with the butter. A coffee and a pastry costs about 12 euros, expensive, but worth it.

If you are coming from Paris, the best way is by train. The TGV, a high speed train, takes just four hours and a half.

Biarritz airport could be your perfect  hub spot if you are coming  from London. In July and August there are daily flights from Gatwick. There are also some direct flights from Nice, Strasbourg, Brussels, Geneva, Dublin, Florence or Stockholm

Also in our Basque Staycation Tour, one day we will be visiting the Cote Basque. Take a look at it here!

Check this tour I did of Biarritz.👇👇 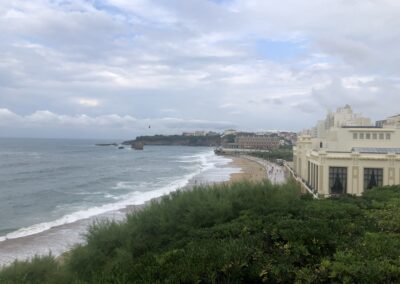 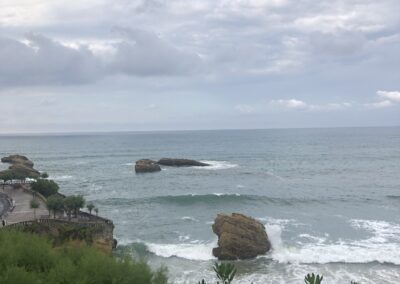 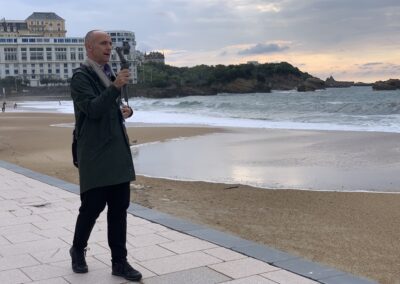 Me doing a tour in Biarritz 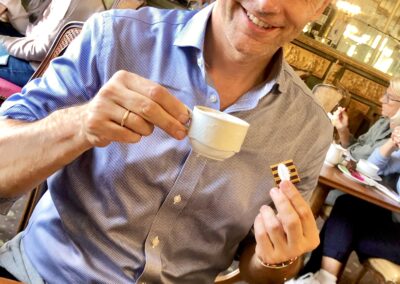 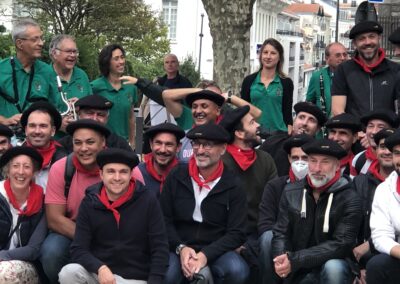 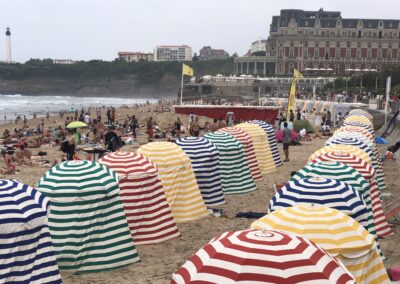