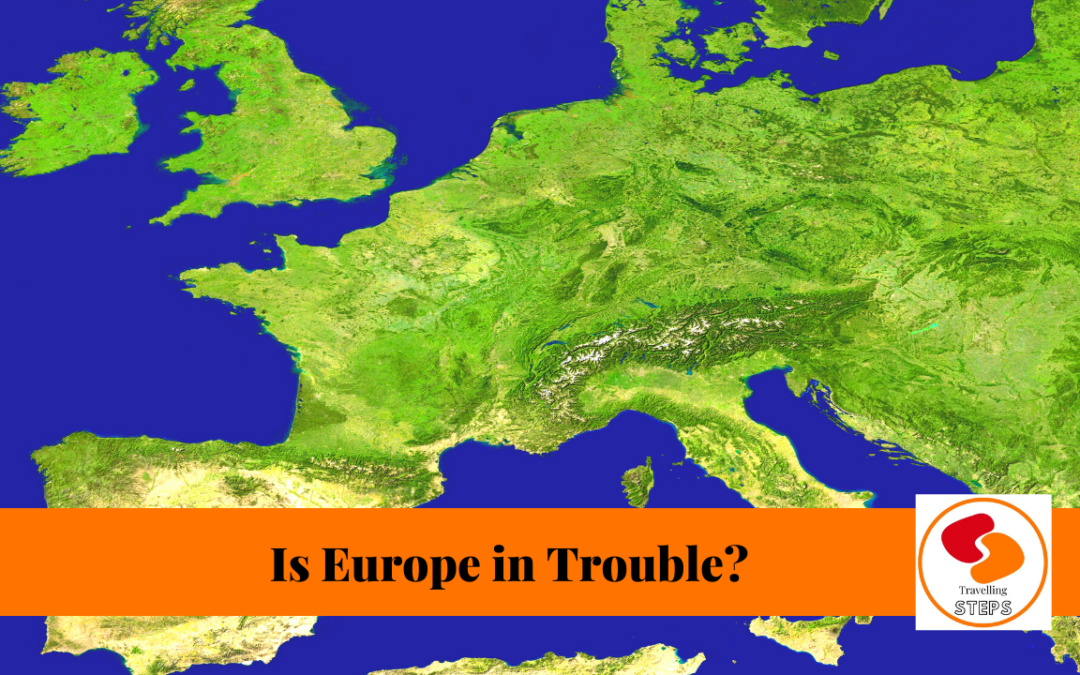 There are a couple of unanswered questions that come from last week`s post. What will happen if Catalunya secedes from Spain? What will happen to Spain and Europe if they say goodbye to Spain?

The answer to these questions is not easy, nobody can read that crystal ball and Brussels (Europe`s central Government) is not being clear about what actions they might take to a secessionist state.

Catalonia is out of Europe!

Let me share with you, my personal point of view (POV). As I said in last week`s article, this is my personal POV, and there are other POVs, that are 100% opposite to mine.

Let’s pretend that Catalunya secedes from Spain. There are two ways for them to depart from Spain/Europe. One with all the blessings from the Central European Government and the other one without them. Let’s start with the second one and let’s imagine that Europe decides that Catalunya is not welcome as a member of the EU.

Personally, I don´t think that Catalunya would be able to sustain itself economically as an independent country. I assume that in the moment people starts realizing that the romantic separatism movement is not as pink as their politicians have painted it, they will take the streets.

Catalonia is part of EUROPE

Let´s change now the panorama and let´s make believe that the European Government gives all the blessings to the Catalonian separatism.

So, you might see that this second solution works almost perfect for Catalonia but let´s broaden the perspective and think about what would happen to Spain and to the EU.

For the relationship between Spain and Europe this situation would be disastrous. Spain is the fourth largest country in population, this means that when we say something in Europe, it is at least heard, but if we take 7,5 million people out of the country we become a small country, and this means less representation in Europe.

As I said before, Barcelona`s port is very important, so all that money that comes from exports will not come to Spain´s economy anymore.

What about Europe? Right now, we are 27 countries in the EU, and it is not easy to make decisions that makes everyone happy. If Catalonia secedes, we will be 28 and that is an extra little trouble, not big, yet another trouble.

If we stop thinking here it seems like giving all the blessings to the Catalonian secessionist movement is an OK deal, but the Basque and Galician separatist movements in Spain will want the same for their states. Now we will have 30 counties in Europe, with the same population, but guess what in Europe, there are other secessionist states, let me make a list:

France has 2: Brittany and Corsica

Italy another 2: Sardinia and the Veneto

I know that I am forgetting some, but just with this list we would have 15 new countries in Europe. We are not 27 countries anymore, now we are 42. 42 different needs, 42 different points of view, 42 different economical situations.

So, who wants to divide Europe? Whose economy would increase if Europe became a weak country?

Who wants to divide Europe?

There are 4 large players in today’s world’s economy: Europe, China, USA, and Russia. I know I am not mentioning Japan, India, nor Brazil, but they are not key players.

China has always been the outsider. Their economy is a mystery to me. Every year they grow a minimum of a 6% and their hand labor costs are always the lowest. As we have seen in this COVID crisis the world depends too much from them, we need their chips, their constructing materials, etc.… I understand that our economy is dependent from theirs, but if we stop buying their goods, theirs will go down as well. So, I don´t think they want Europe down.

Europe’s relationship with the USA throughout history has mostly been friendly. At least 80% of Americans have European heritage, I guess that has always brought brotherly relations between the two countries.

In my believe, in the global economic competition, the player who would benefit the most from the failure of the EU is undoubtedly RUSSIA.

Call me crazy but when the BREXIT took place, there were some strange Russian connections, and when D. Trump won the US elections in 2016, there were also some strange Russian online activities…. I guess these two were just coincidences, but in both cases, there were divisions. In the first one the UK came out of Europe, in the second one the American population has driven apart one from each other. Now you are either from the right wing or the left one.

But what about the Catalonian separatism? Is there also a Russian connection? To tell you the truth there has also been some unclarified Russian funding and online activities.

It is hard for me to recognize that Vladimir Putin is, at this moment, the best political strategist. He is making all the noise with the wars in Ukraine and Syria, while at the same time he is dividing Europe and the USA from the inside. To top it all, he is making commercial alliances with China.

What can we do?

What can we do? Is there anything we, normal civilians, can do?

I my hamble opinion, the answer is YES.

We can take time to re learn how to talk with people who do not have our same believes. Those believes might be political, religious, or cultural, who cares, we need to start reconnecting with people. No matter where each one of us stand politically, culturally, or religiously, we are all looking for the same. We all seek love, we all want to spend time with our family and friends, we pray for good health and of course we all want a good job that can provide for our loved ones.

Adios Catalonia?
The most important Royal wedding in History