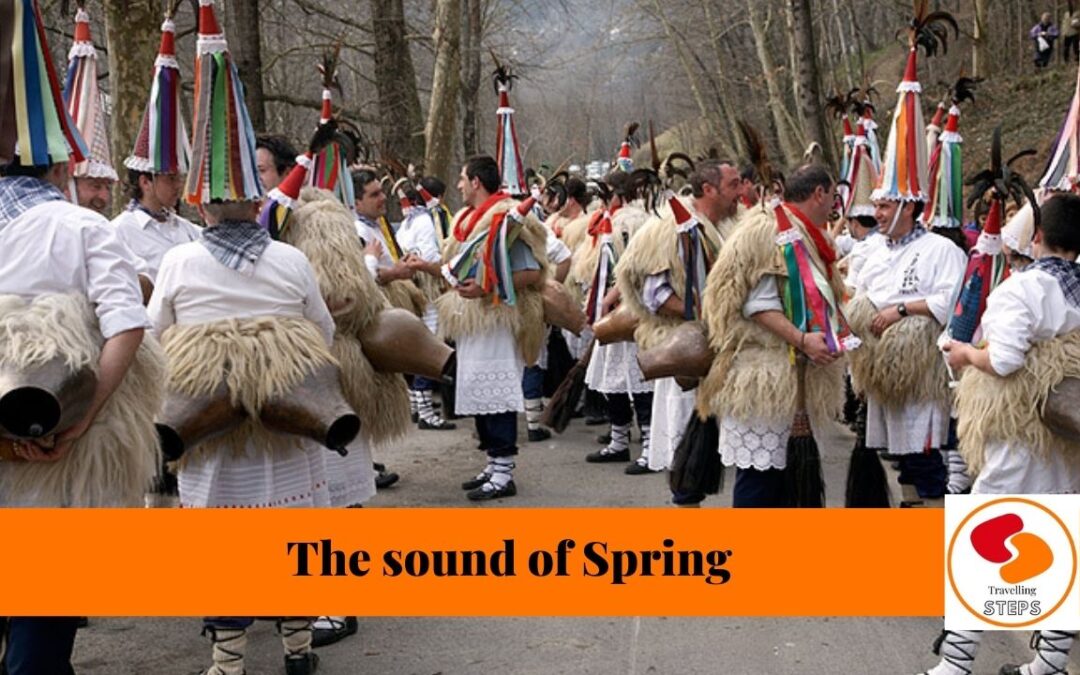 Spring in the Basque Country

Basque is a primitive culture that dates back to pre-Roman times. Set in the north west region of the Pyrenees mountains, this is an ancient culture that  celebrates old rituals related to nature.

One of these traditions is associated with  the Joaldunaks – which literally means the ones who carry the bells. The Joaldunaks are mythical creatures that live in a beautiful village called Ituren. Their work is to set the moment for the rebirth of Mother Earth (Amalur).

Let me share with you how the world was created according to the Basques, and then you will understand why Amalur needs the Joaldunaks. Like other ancient beliefs, you will find different versions all around the Basque Country – and all of them are true! Foolish people who don’t believe in them, call them legends.

What you are about to read dates a long way back in time, in fact before time even existed. Picture the scene – Amalur was resting in a gorgeous field where the grass was greener than emeralds and the sky was sapphire blue, when a terrible dragon called Herensuge, sent from the inside of the universe, came to kill her. The battle was terrible, the dragon spitting fire, Mother Nature striking back at Herensuge with her silver sword.  Every time her sword missed the dragon, she would hit the ground  making terrible scars in the soil. Today these scars form the Basque Pyrenees Mountains that characterise our region.

Although Amalur won the battle she was wounded and two drops of her blood fell to the floor. Out of each one of these drops, a pregnant woman appeared. One would give birth to a girl (Amaya) and the other a boy (Aitor).

Amalur fell instantly in love with the babies.  She understood how weak they were and how much help they would need to survive, and so she decided to create a series of creatures to protect them.

The Lamias, half woman half duck, would take care of the lakes and the rivers where the children would fish and drink from the fresh water.

The Basajaun –  a tall hairy creature, similar to the Big-Foot  – created to protect the forest and all the animals that live in it. Basajaun will allow us to cut a tree if we need fire, or let us hunt if we need to eat, but if you kill an animal or break a tree just for fun – beware! He will show you  no mercy.

The sun, Eguzki, is a feminine creature that symbolizes the Eye of God. She is the one who controls everything and the one you need to consult with whenever you are disoriented, either physically or emotionally.

Ilargi, the moon, is the one who controls the night and our extrasensory world. She knows more about us than we know about ourselves. She speaks a strange language that not everybody understands –  the language of dreams.

Amalur created thousands of creatures. Some to welcome the snow, others to curb the wind so that it doesn’t destroy the villages. Some for the flowers, to create the seeds….

As you can imagine, by the time Amalur was finished with her creation she was exhausted and knew that she needed to rest –  for at least three months. Those three months are the months of winter when Mother Nature is quiethere in the Basque Country. Before she fell into a deep sleep, she created the Joaldunaks and gave them their important instructions. Their job was, and still is, to wake her up whenever she is needed. 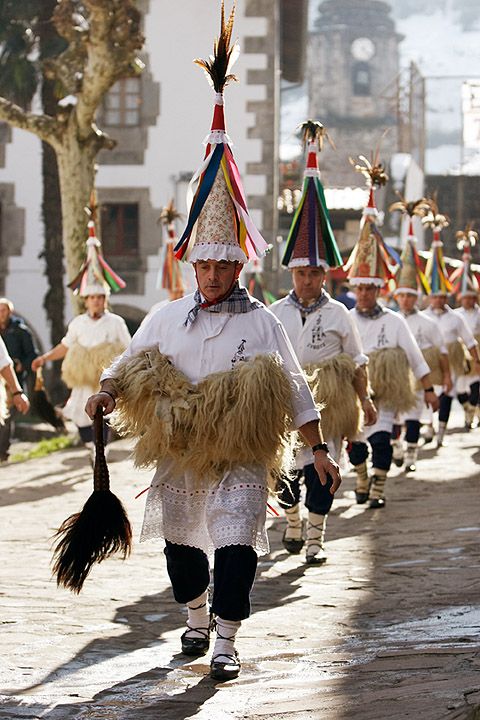 As it is such an important task, the Joaldunaks take their job very seriously and get ready following the same old tradition. First, they wear a linen petticoat finished with cotton lace. Over it, two long-hair sheep skins, one covering the legs as a skirt and the other one over the shoulders as a vest.  Finally, the most important moment when  the big bells (polumpak) have to be positioned perfectly on their backs. The deafening sound of these bells is what will waken Amalur. To finish the perfect outfit, they wear a cone shaped hat (ttuntturro) decorated with bright colored silk ribbons, all topped with wild feathers. As if all of this was not enough, they tie a red bandana around their neck and carry a whip made of horsehair to ward off evil spirits.

Once  dressed, the Joaldunaks will walk from one village to the next making the loudest noise possible with their bells, so that Mother Nature is woken from her deep sleep. They do their job on the last days of winter, more or less at the same time as Christians celebrate the beginning of Lent.  If we think about it, Lent is the forty days prior to the death of Christ and his resurrection, and what the Joaldunaks set is the end of the winter and the rebirth of nature.

We find similar creatures to the Joaldunaks, in ancient cultures throughout Europe. The Mamuthones from Sardinia; in the eastern part of Slovenia we find the Kurentis; and in Bulgaria we have the Kukeris. All of them share similar customs as they mark the end of  winter and the rebirth of nature.

Check this video and enjoy the thunder noice of the Joaldunaks. And if you want to learn more about Basque culture, check our Basque tours.