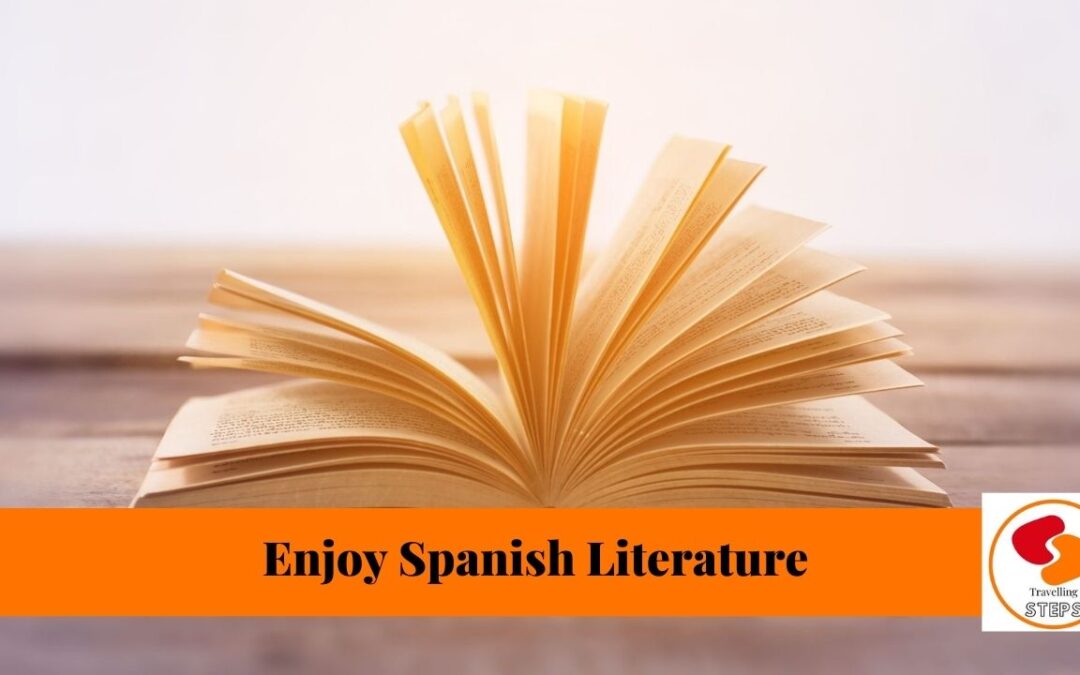 At the end of the 1800s, Spain lost all its remaining colonies (Cuba, Puerto Rico and the Philippines). The dream of being an Empire ended, and Spain fell into a moral and economic depression. King Alfonso XIII pretended to be an absolutist monarch in a society that didn’t believe in Royals anymore.  People were hungry and small revolutions started all around the country. By 1923 (the year Ernest Hemingway arrived in Pamplona), the tension in the streets was palpable. Only in big celebrations, like the Running of the Bulls, people could forget their struggles.

If you want to understand  what led to the Spanish Civil War and Franco´s dictatoship, we recomend you to read these masterpieces of the Spanish literature. We hope you enjoy this selection of books.

Our selection of the must-read Spanish books

In this drama, Federico García Lorca, shows us the relationship between a mourning mother (Bernarda) and her five daughters. It is a brutal and destructive relationship where we find the traditional and many times violent approach to the female world at that time.

This book was written as a theater play; and for Spanish actresses, playing the role of Bernarda is the equivalent to representing Hamlet for the Brits.

Although this book is not available in an English translation, the original Spanish work was published in 1981, and it shows us the Spain of the 1960’s. It was the moment of Franco´s brutal dictatorship.

It is a moral complaint against the rich landlords and how they inhumanely treat their servants. The brutal hierarchy of society causes dehumanization. At the end of the book, you realize that the Innocent Saints—the family that serves the wealthy—are much more human than the perfect-looking rich family.

This book had to be in this list yes or yes. It is Ernest’s point of view on the Spanish Civil War. When you will read, you will realize that our writer was 100% against Franco, and as you can imagine, Franco banned the publication of this book in Spain. When Paramount Movies decided to make a film out of the book, Franco sent Hollywood writers (censors) to help with the script. Nonetheless, the movie premiered in Spain in 1978, once Franco had died.

Yerma by Federico García Lorca
Available on Amazon and BookShop

Here’s another masterpiece by Federico García Lorca. This time we visit rural Spain, where a woman had to have a baby, especially a boy, in order to be considered a good woman. Unfortunately, Yerma doesn´t get pregnant, but the one who is sterile is her husband Juan. Social pressure is so strong that she prefers to kill Juan over not being considered a complete woman.

In this play, the name of the characters is very symbolic. Juan means John, like John the Baptist in the Bible, the one who gives Christian life to people. And Yerma is an old Spanish word that means that something is not fertile.

This is not one book, in fact they are 46 books. All written by Benito Perez Galdós between 1872 and 1912. It tells us the history of Spain in the 19th century. At the beginning, Mr. Galdós shows us a very empowered Spain fighting against the French Empire (Napoleon). But little by little, that spark starts to fade, and it ends at the moment in history when Spain has lost all its colonies.

It is an incredible portrait of the Spanish society, and although it might seem to be too long or too complicated to follow, the greatness of these books is that  they are all independent stories, set each one of them in a moment in time and the historical moment is just the background.

In this other classic by Don Benito Perez Galdós, we go to Madrid at the end of the XIX century. It is a moment when social differences were at its highest in Spain. This time we will find two women, Fortunata and Jacinta who come from different backgrounds—both socially and economically—struggling to survive. These two main characters represent the two Spains, but around them there are more than 1000 extras who shows the reader all the different realities in Spain.

Bacchanalia by John Hemingway
Available on Amazon and BookShop

Following the footsteps of his grandfather Ernest Hemingway, John Hemingway tells us the life of a group of expatriates in the city of Pamplona during the Festival of The Running of the Bulls.

I really recommend reading this book after reading The Sun also Rises by Ernest Hemingway, because this way, you will perceive the difference in the city from 1920s to today.

Spring in the Basque Country
Saint Ignatius, the man who changed the world