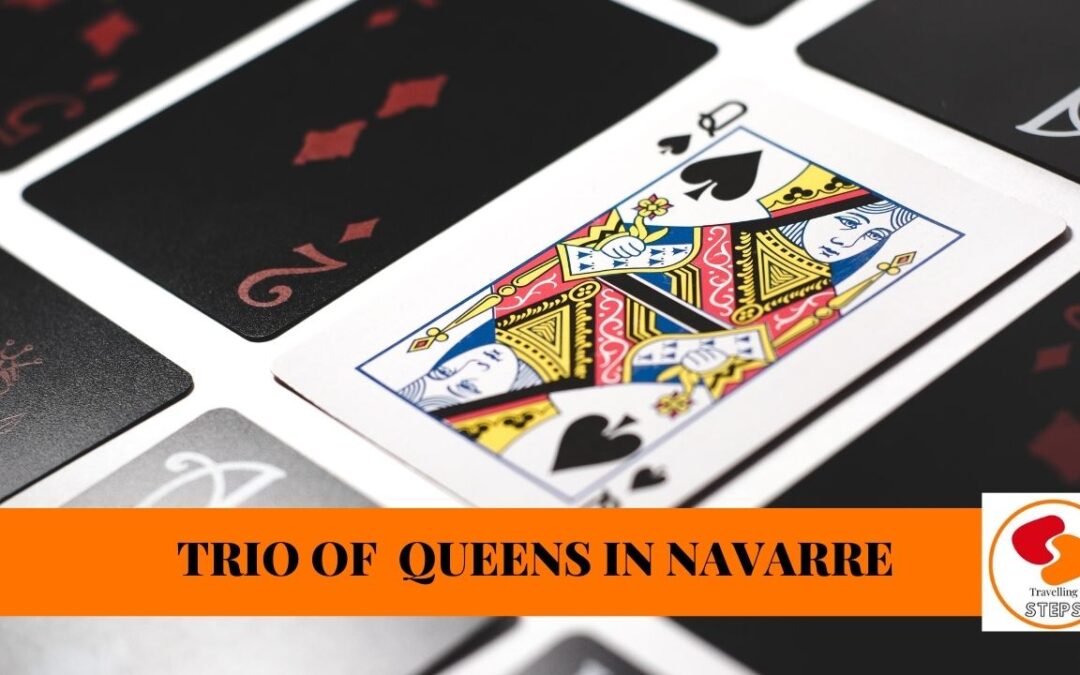 So, what happened to the Navarrese Monarchy after 1512?  This was the year when the Chatholic Kings annexed Navarra to Spain, but only  the part of the kingdom of Navarra in the south part of the Pyrenees. The Queens in navarra set their print in the world.

Well, as they could no longer live in their Spanish territory, they had to move to the Lower Navarre – the part of their Kingdom on the other side of the Pyrenees, the Northern part. The Castle of Pau became the new headquarters for these evicted royals. Despite being nestled in the wild and rural Pyrenees and now being much smaller in size, the strategic location of the Kingdom of Navarre meant that it was still highly coveted by both France and Spain.

These wise and intrepid women promoted a social movement called Navarrism that aimed to reform medieval society and in particular to keep Navarre free from the influence of extremely conservative Catholic Kingdoms. They elevated their Kingdom to the highest peak of humanism, despite the confrontation this entailed with Spain, France and in particular, the Pope.

Margarite of Angouleme was the sister of Francois, the King of France.  A highly educated woman who studied at the Sorbonne, she was a passionate reader of everything related to the new open ideas that were beginning to circulate around Europe.  She hosted clandestine meetings in her Castle of Pau at which new ideas around science, letters and religion were discussed and where esotericism and the study of the Kabbalah were practiced.

She became the patron of such renowned writers as Rabelais and Marot and she herself wrote several literary and poetry books. Her most famous work is the Heptameron, written in the manner of Bocaccio´s Decameron. To write this book, Margarite invited three men and three women to ten days of “arts and pleasure” where they dedicated their time not only to earthly pleasures, but most importantly, to telling stories of all kinds. While in Bocaccio´s Decameron, men are the ones who lead the stories and women are merely the sidekicks, in Margarite´s Heptameron women take central stage and men, many times, are ridiculed both intellectually and sexually.

Margarite was a real feminist of her time.

Juana D’Albret was the daughter of Margarite of Angouleme and succeeded her as Queen of Navarre. She continued her mother’s work and consolidated what would be called El Navarrismo. She married Antonio de Borbón for love and not at the arrangement of her parents, and with this marriage the Borbón dynasty starts in both Spain and France.

She was a more austere woman than her mother but no less powerful a queen, in fact, she embodied the values ​​that define what we consider as feminism today. She was intellectual, brave and strong – a free-thinker, consistent with her ideas. When she had to make any decision regarding the Kingdom, she would seek advice from the people who she considered to be wiser than her. This included her husband who was well-trained in military matters, but while she might ask for his advice, she never needed his approval. Remember that she was the ruling Queen, not her husband.

As Juana was an austere woman, her religious beliefs shifted towards Luther’s reformed Protestant religion. While she never broke completely with the Catholic Church, she established laws for freedom of conscience and commissioned the translation of the Bible to the Basque language so that everyone could now access the word of God. She promoted culture and ensured that no one in her Kingdom would be deprived of an education for financial reasons, by creating what today would be considered a very affordable student loan.

Juana organized the wedding of her son Henry III of Navarre  (future Henry IV of France) with Margarite de Valois – daughter of Catherine de Medici, regent Queen of France and a staunch Catholic with a deep disapproval of the Lutheran influence Juana had introduced to the Navarre royal court. On the way to Paris, the royal entourage stopped overnight in Blois where they were welcomed by a committee sent by the regent queen Catherine de Medici. Juana was offered the most delicate perfume designed especially for her by Catherine´s private perfumier – it had a base of orange blossoms, a touch of rose extracts and, unfortunately, some poisoned ointments that, when rubbed on her skin, destroyed Juana’s lungs in a few hours. So, Game of Thrones!

Margarite of Valois , the famous queen Margot, sister of King Francis I of France – she lived to be 83 years old despite her dissolute life and excesses! Her marriage to Henry III of Navarre was one of convenience, but fate would dictate that when Francis I died at a young age, her husband Henry III of Navarre would inherit the throne of France to become the great French King Henry IV. Their marriage was short-lived due to her sterility and inability to produce an heir to the throne (and in part also due to her scandalous affairs and licentious lifestyle). When she agreed to sever their union, she established the condition that she would never lose the title of Queen of Navarre and that she would be allowed to return to live in Pau. Happy days after the contempt with which she had been treated at Court in Paris.

Margarite found in Navarre a modest but liberal court that allowed her to continue with her frenetic way of life. Not shy with her lovers – she loved to wear vertigo cleavages and a blonde wig – she welcomed artists and writers, free thinkers, scholars and like her predecessors, she continued to champion El Navarrismo. She produced several literary works and in one wrote a eulogy in honor of her predecessor Margarite of Angouleme. In it she recognizes that with no heir to follow her, the reign of the Margarites – or Daisies in Spanish – is over and writes: “After me the paradise of court pleasures will disappear, the flower of Daisies, the flower of France”

She wasn’t wrong. Upon her death, Louis XIII, the son of Henry IV’s second marriage with Maria de Medici, succeeded to the throne of France. This would end the Kingdom of Navarre by incorporating it into the French crown in 1620.

Thus, ended the reign of the great Queens of Navarre who had done so much for their Kingdom. They understood science and funded new agricultural techniques including irrigation; they denounced the abuses of the Catholic Church and introduced the Protestant religion; they demonstrated respect for the native language so that educated citizens of the Kingdom spoke both Latin and Euskera (the Basque language). Perhaps most importantly, they defended feminism against all male powers so that it wasn’t simply an idea but a reality. Ideas coming from women had the same importance as those coming from men – an indicator of any civilized society.

With this article We finish the March celebration of Powerfull women in history. If you want to read more about some amazing Navarra Queens, link to these articles.

POWERFUL QUEENS OF NAVARRA: LEONOR
Spring in the Basque Country