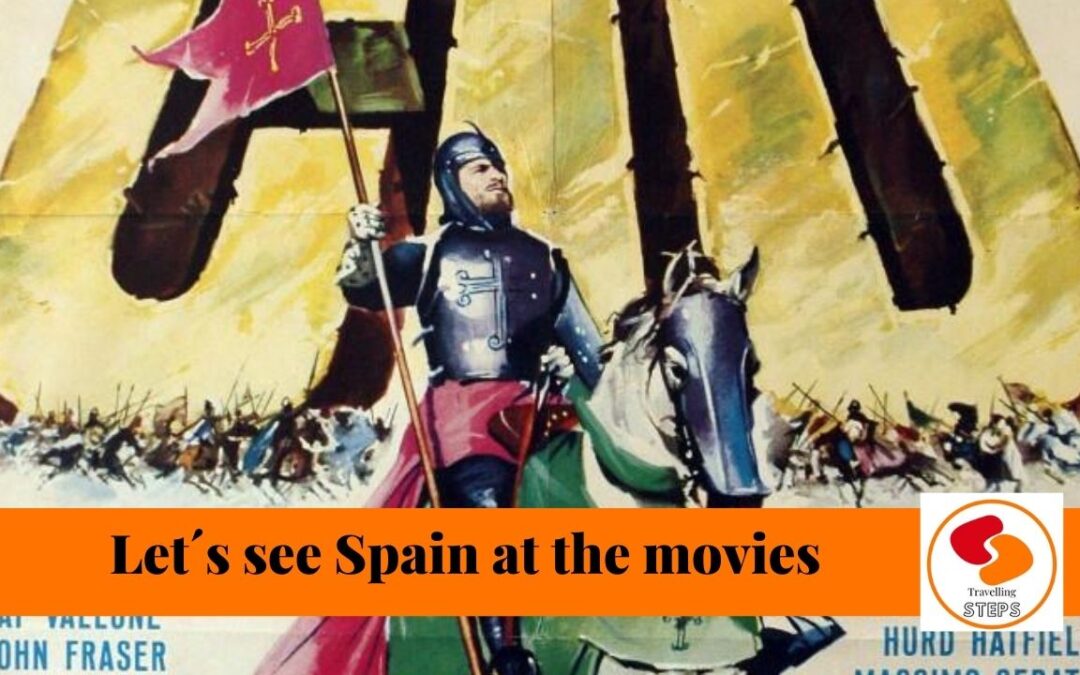 The 5 best movies to understand Spain

Here you can find 5 movies that will help you understand Spanish history. I have organized them in historical order, rather than by date of release. Click on the links to watch the trailer or an excerpt from the movie.

If anybody from Spain sees that I recommend this film from 1961, they will probably think I am crazy and will not keep on reading this post. This is a movie from Hollywood’s golden era, where they would sacrifice historical facts for a love scene.

But to me, this film is a good introduction to the beginning of the Spanish reconquest. The movie is based on the anonymous epic poem from circa 1200, “El cantar del mio Cid” (The song of el Cid). It tells the story of Rodrigo Diaz de Vivar, a Castilian general who fought against the Moorish empire.

Most of my generation hates this poem because it was a mandatory book you had to read in high school.

We find the two biggest stars of that era, Charlton Heston and Sophia Loren portraying El Cid Campeador and His wife Doña Jimena.

This magnificent black and white movie from 1953 (directed by Luis García Berlanga) talks about how a small village gets ready to welcome the Marshall Plan. The Marshall Plan was the economic plan designed by the USA to recover Europe after WW2. But Spain never took part in WW2, so we were never meant to benefit from it.  We see a metaphor for this at the end of the movie, when  we see the American cars arriving in the village and leaving without stopping.

As part of the welcoming celebrations, the village sings this song “Americanos, os saludamos con alegria….” (Americans, we welcome you with happiness….) The issue is that everybody in Spain knows this melody, and if you hear somebody singing this near you, it means that you have done something 100% American. It will not be sung in an offensive way, but you will be spotted.

This magical 2006 movie by award winning director Guillermo del Toro mixes a fairy tale world with the terrible years in Spain right after our civil war of 1936-1939. It shows us two worlds from the eyes of an 11-year-old girl. One is the Pan´s fantasy world where fairies and monsters live together. The other one is the real world where human greatness share scene with the worst of brutalities.

If I have to recommend just one Spanish movie director, it has to be Pedro Almodóvar. I love almost all of his movies, but this 1988 comedy is where you see the essence of Almodóvar.

This movie from the 80´s is about love and relationships, but to me it represents the Spain that came out of a 40 years’ dictatorship, when we were leaving behind that stigma. It is a celebration of happiness, freedom, and love.

All the cast became Spain’s favorite actors and actresses, especially as we discovered a very young Antonio Banderas. This movie was also nominated for best foreign film at the 1989 Oscars.

Movie #5 All about my mother (Todo sobre mi Madre)

This is my favorite Pedro Almodóvar film, from 1999. Get some tissues and be ready to cry your eyes out. This is a drama with a capital D.

All the characters are searching for that mother figure that we need, love, or hate. The movie talks about pain and the scars in our hearts. The reason I recommend this film is because it touches (in a very Spanish way) some big human topics: love, solitude, religion, homosexuality, grief, empowered women. It is a masterpiece that shows Spain today.

With this film, Pedro won the 2000 Oscar for best foreign film. The award was handed to him by Spain’s most famous actors, both introduced to the world by him: Penelope Cruz and Antonio Banderas

This clip is when Penelope Cruz´s character (a pregnant nun) waits on her taxi to see her dad, who doesn´t recognize her because he has Alzheimer’s disease.  Her tears make me cry every time.

Democracy in Spain
My Aunt was a Witch!

Try to survive the running of the bulls