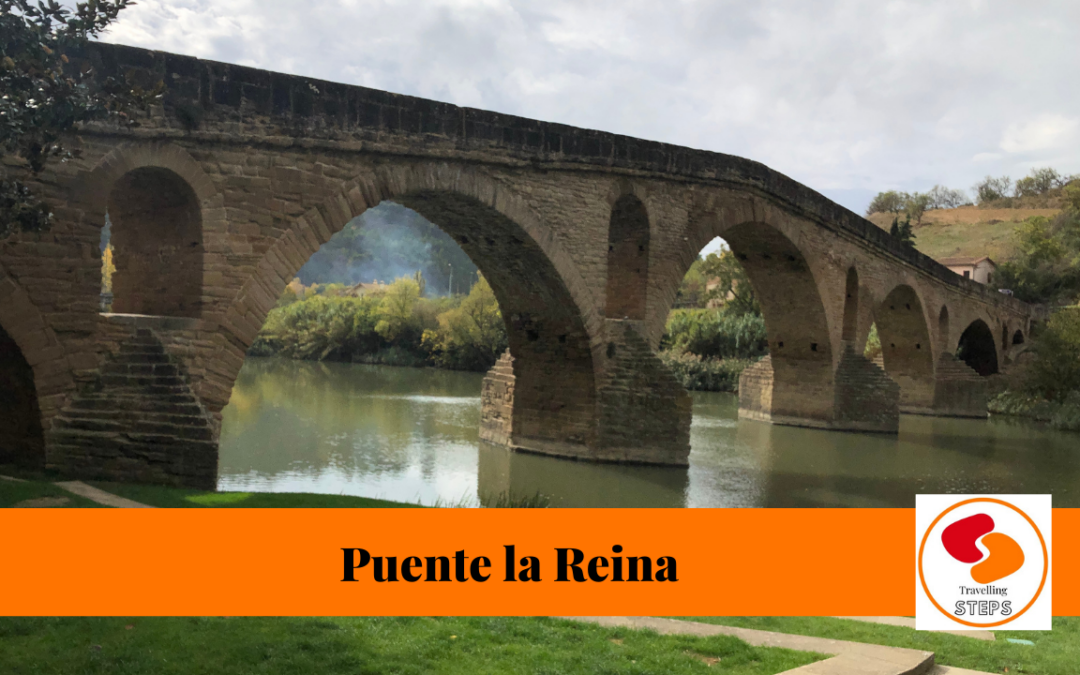 Puente la Reina a bridge in the Camino

The Camino to Santiago has always been a bridge for cultures. Starting on the VIII century this pilgrimage route has conected all Europe.  It has been a comercial and spiritual  route that brings Europe together.

Here at the entrance of Puente de la Reina all the different paths join into one, and create what is known as the French Route.

If you are looking to experience the real Camino in person but you are hesitant to walk the full 500 miles, you can join our Camino de Santiago Tour. You will have the chance to walk the most beautiful parts of the trail. You will also learn about the history, the art, the spirituality on the Camino, and you will enjoy the amazing food and wine of northern Spain.

At the beginning of the 10th century, Europe was threatened by the Muslim Empire. Coming from Africa, the Moors entered Spain in the year 711, and conquered the Spanish peninsula in less than three years. The Christian Kingdoms in Europe feared the moors, not just their religion, but especially for their culture. We have to understand, that the Muslim Empire was the most advanced civilization at that time. They were number-one in mathematics, astronomy, astrology, medicine, art, agriculture, war techniques, even social rights. You name it, they were the best!

For the first time ever, the Kingdoms in Europe who once hated each other, had to work together for the same purpose, to defeat the Muslims.  With Christianity as their flag they outlined a plan to stop the invaders. It was a very clever and quiet plan, that would not require going to war. It was all about opening doors and creating bridges, so Catholicism could move freely around the continent.

The idea was to recolonize the territories that were conquered by the Moors. Using the miraculous discovery of the uncorrupted body of Saint James (one of Jesus Christ Apostles) as a perfect excuse, the most important of all Christian pilgrimages was created. The Camino de Santiago, or Saint James Path. In no-time, northern Spain was Christian again, and most importantly, the Moors did not cross the natural border of the Pyrenees mountains. Europe was protected.

Faithful pilgrims began their journey starting from every corner in the world. Little by little organized paths were created around Europe. By the time pilgrims arrived in France, four different routes were clearly marked as the official ones. Those four routes merged into three and then into two, before crossing the Pyrenees. They meet at the entrance of the village of Puente la Reina in Navarre, a small village that became the center of the world, or at least the center of the Christian world.

From Roman times until the 11th century, Puente la Reina was a humble commercial crossroad, where anything rarely happened. Suddenly when the Camino boomed, hundreds of pilgrims arrived daily. There was no infrastructure to host all of them. There were no hostels, restaurants, stables for the horses, not even a hospital, and of course the church was not big enough.

The Kings of Navarre (King Sancho el Mayor and Queen Muniadona) decided to organize this chaos.  King Sancho commissioned the enlargement of the church. He also welcomed the Knight Templars who, besides protecting the pilgrims, constructed a hostel and a hospital in the outskirts of the village. Queen Muniadona commissioned the construction of the bridge so pilgrims could cross the Arga river. This impressive bridge is the one that gives name to the village, because Puente la Reina means “The Queen’s Bridge”.

Considered the best Romanesque bridge in Spain, 360 feet long. This majestic bridge served as a defensive silent guardian of the village and had three towers. Unfortunately, only part of one of them is still standing. We can see six of the seven arches that were constructed, the seventh one is hidden under the first house of the village. In springtime, the Arga river brings a lot of the melted snow from the Pyrenees, which is why they had to construct extra holes in the bridge, so the pressure of the water would not destroy it.

Art from the past on Daily use

Have you ever realized that on the Euro banknotes, we find doors on one side, and bridges on the other? Exactly as it was in the middle ages, if you open doors and create bridges, you become strong and you can create a country, in this case Europe.

There is another peculiarity in the design of the Euros. The art that is represented in each paper bill, refers to an artistic movement, and they are placed in chronological order:

To find inspiration for the sketches of the paper bills, the designers ask each one of the European countries for a picture of a door and a bridge, that represents each time period. Spain presented the bridge of Puente la Reina as the perfect one for the ten Euro bill. 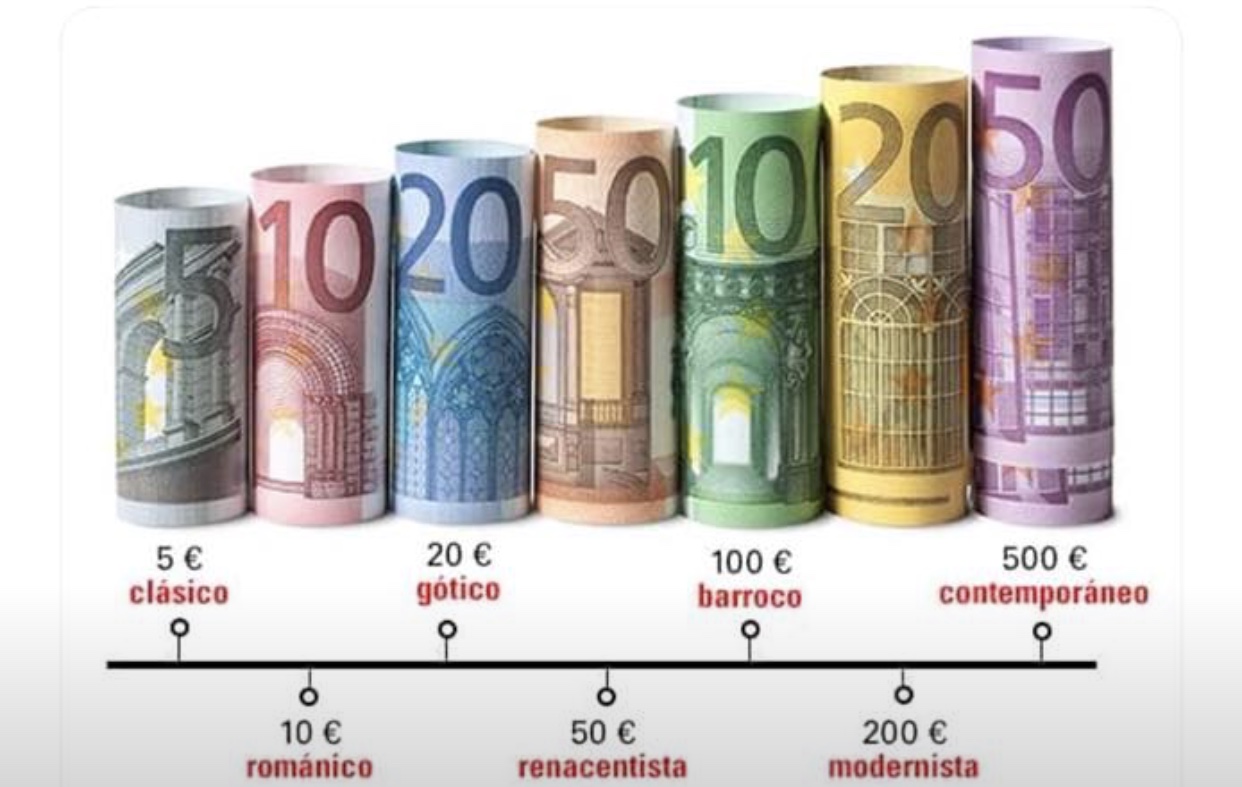 Check this virtual tour we did in Puente La reina.. And if you want to discover more about the Camino de Santiago, check our CAMINO TOUR. But don´t panic, we are not walking 500 miles, we will discover it from the confrot of a bus, and we will have the chance to walk parts of the trail.

The camino virtual Tours
Sangria is a must in Spain